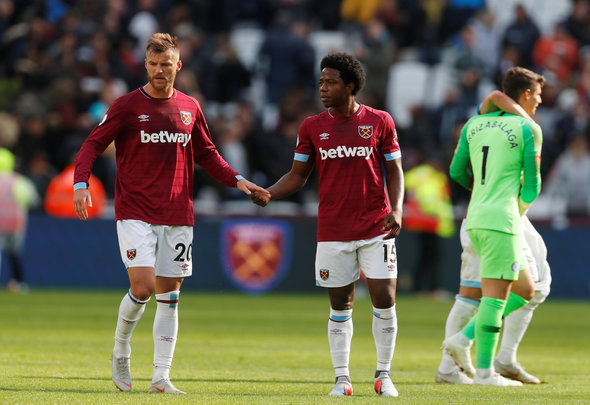 West Ham United appeared to strengthen every possible position apart from central midfield in the transfer window. The Hammers appeared to be weakened in the heart of midfield, with Pedro Obiang joining Sassuolo and Manuel Pellegrini deciding not to replace him in the end. That left the Chilean with Mark Noble, Declan Rice, and Jack Wilshere as his main three options. When captain Noble was ruled out with injury at the beginning of the season, it meant that Carlos Sanchez was called onto the bench. In an interview on the official club website, Pellegrini recently admitted that Sanchez will be an important player this season. It is hard to agree with the Chilean on that point after the midfielder missed 34 games during his first season according to Transfermarkt. On top of that, the 33-year-old didn’t exactly impress when coming off the bench against Brighton, finishing his spell with a pass success rate of a poor 50% [WhoScored]. Many West Ham fans took to Twitter to respond to the claim, with those same fans slamming Pellegrini over his comments, with one even calling Sanchez “awful.” 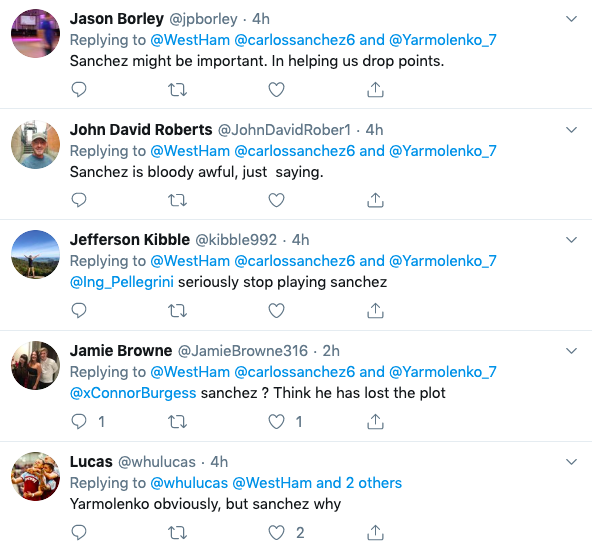 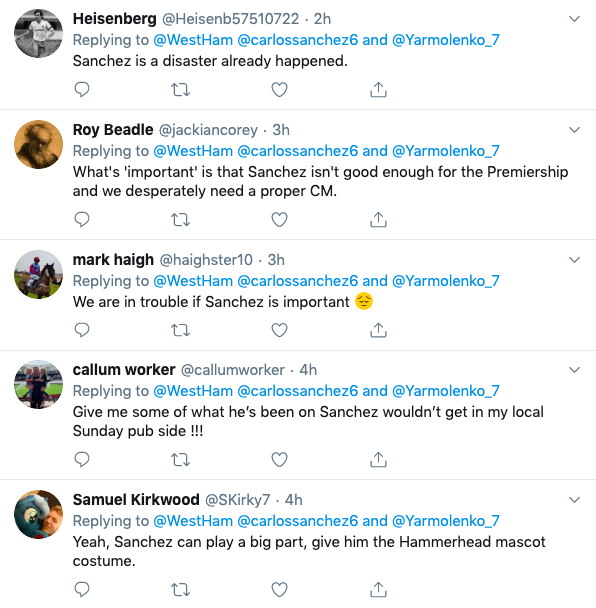