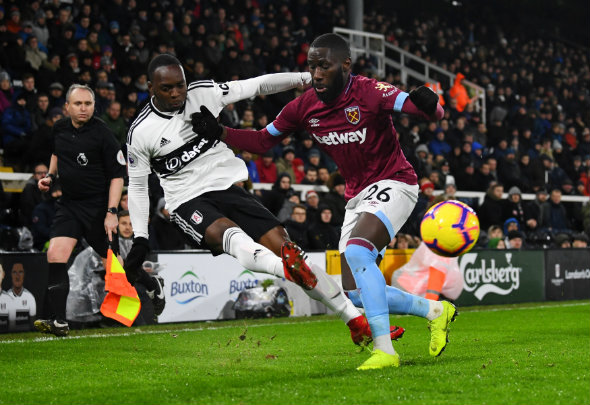 West Ham went into their game against Brighton on Saturday looking for their first-ever win at the AMEX. It was a terrible start to the game against the Seagulls, who should have gone one goal ahead after only two minutes. They did eventually score through Leandro Trossard, who volleyed in a goal for it to be eventually disallowed by VAR due to Dan Burn being offside. It was Hammers’ defender Arthur Masuaku who was let off the hook, with the left-back having been caught ball watching at the back post and left his man for the goal. Masuaku was back into the side after missing the opening day thrashing by Manchester City, in which Aaron Cresswell was exploited constantly. Despite the constant pressure from the home side, West Ham managed to get to half-time with the scoreline at 0-0 – much to the relieve of Masuaku. Many West Ham fans were not happy with the 25-year-old, with one even claiming that the Hammers should have sold the defender before the season had begun, whereas one simply labelled him ‘absolutely terrible.’

ForeverWestHam have picked out some of the best responses below: 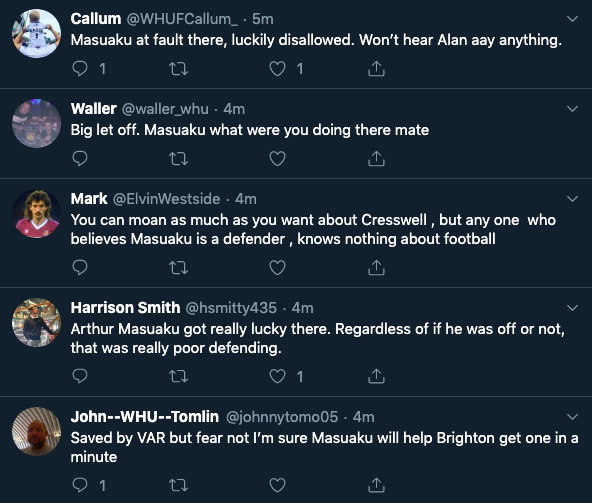 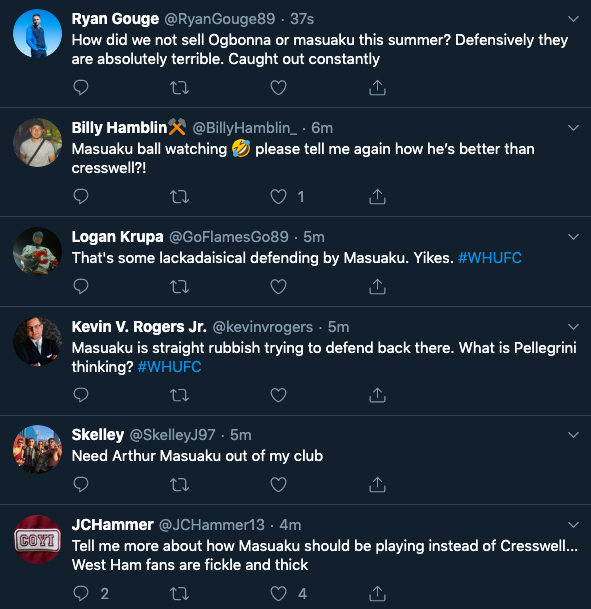