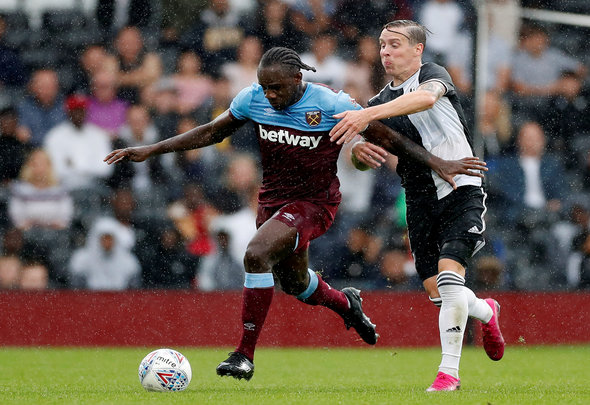 An opening day fixture against Manchester City is never easy, but at times West Ham held their own in the 5-0 against the champions, with Sebastien Haller and Felipe Anderson doing their best with what they were offered in the final third. New signing Pablo Fornals was somewhat surprisingly left on the bench after impressing in pre-season, with the more physical Michail Antonio getting the nod. Antonio struggled to track runners of City and left Aaron Cresswell wide open at times – the worst possible thing someone could do against Man City. It was a different role compared to usual for the man who usually leads the line, and it told as he was eventually replaced by Fornals. The 29-year-old managed to be involved in 12 goals last season, scoring and assisting six, and West Ham will have been hoping for one more, but in all honesty, he never looked like even creating an opportunity for himself or his teammates. Antonio’s power was not on show often enough, and Hammers’ fans took out their frustration on the midfielder turned forward. Many West Ham fans took to Twitter to slam Antonio and his efforts, with one fan even calling the 29-year-old a ‘car crash footballer.’ 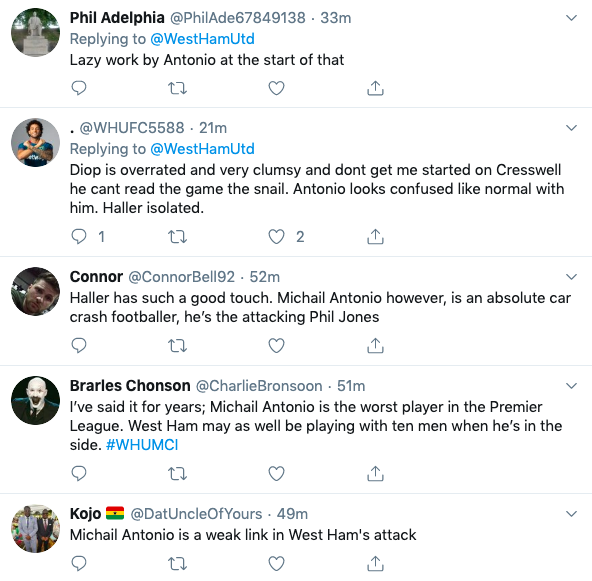 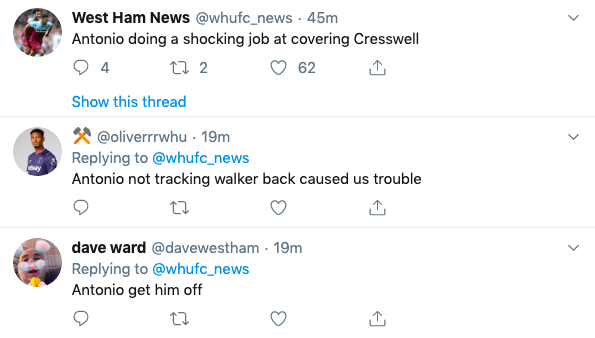