West Ham United confirmed on their official Twitter account on Friday that playmaker Manuel Lanzini has signed a new four year contract extension with the club, with the option for a further two years. It’s clear that the news has gone down extremely well with the Hammers supporters, who have reacted in ecstatic fashion. Lanzini is a quality operator, and we’ve seen so far this season that he is now back to his best after injury. He’s been playing well and causing problems for the opposition, so it was an absolute no-brainer for the Irons to tie him down for another four years. At 26 years of age he’s still got plenty of football ahead of him, and so he’s going to be part of the furniture at the London Stadium for some time to come. If Lanzini can keep up the sort of form he has displayed so far in his Hammers career then it might be tricky for the club to keep him on board, but this new long-term deal puts them in an immensely strong position no matter what. It really is great news for everyone connected with the east London outfit. 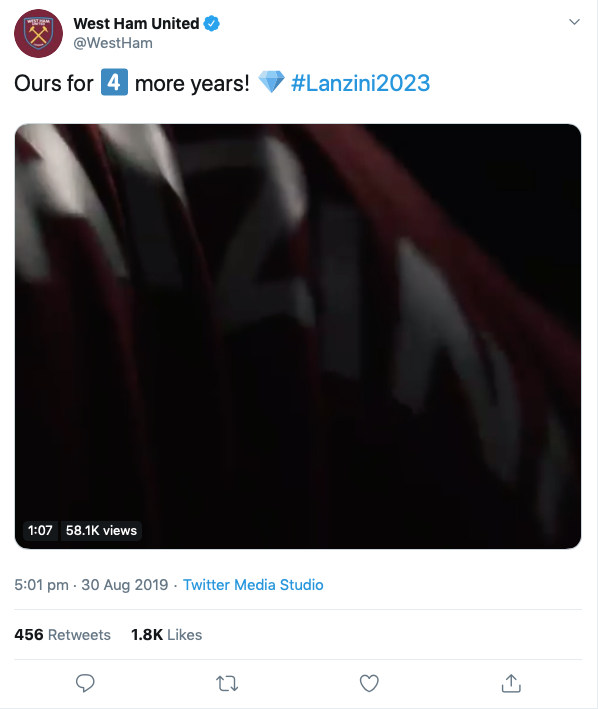 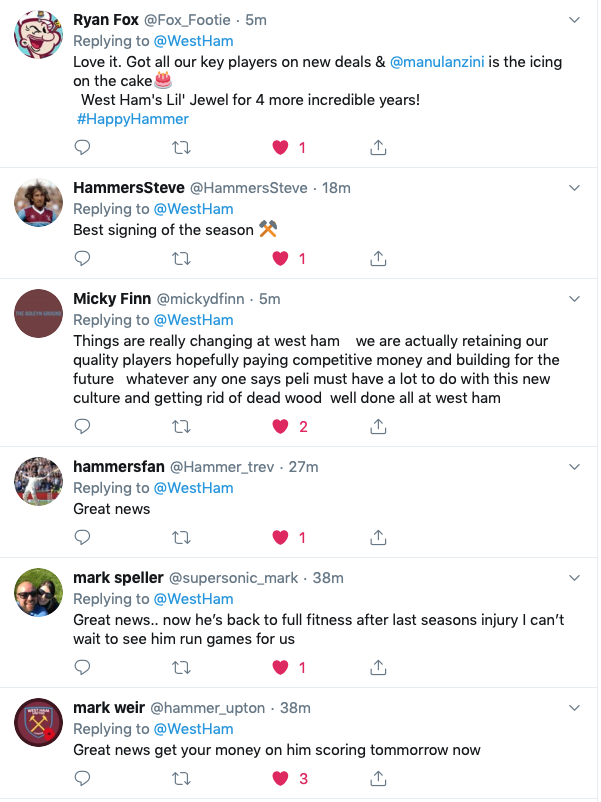