After a summer of impressive spending, most West Ham fans will have been somewhat underwhelmed by the manner in which their side has started the new league campaign. The Hammers took a bit of a thrashing on the opening day against Manchester City, and then struggled to follow that up with anything decent against Brighton last weekend with their star striker, creative mainstay, and long-serving captain all sidelined. In the end, a draw was an okay result against a Seagulls side that is going to catch a fair few people out this term. Thursday brought better news for the Irons, however, with the club confirming on their official Twitter that Sebastien Haller, Felipe Anderson, and Mark Noble will all be available to play against Watford on Saturday. Of that trio, Noble will no doubt be the one who is welcomed back the most readily. The veteran skipper offers a lot to the Hammers, and that has been abundantly clear as Declan Rice has seen his workload doubled in the engine room over the c course of the first fortnight of the new season. Noble averaged 1.5 tackles per match for the Hammers last season, and 2.1 per game the season before that, as per Whoscored. Here’s hoping that he can bring a bit more steel to the centre of the park when he does return. 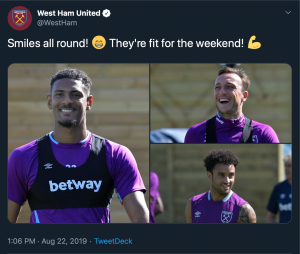 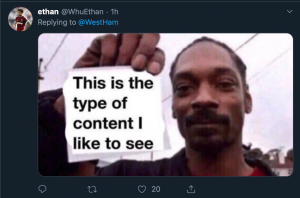 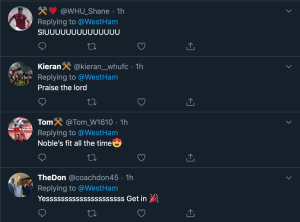