After their opening day defeat, the future continues to get worse for West Ham – with their five-goal thrashing against Manchester City only being the start of a dreadful week for the Hammers. Positives were few and far between for Manuel Pellegrini, with his side being tactically ripped apart by City, especially his defence who continued their dreadful form from pre-season. His attack also made little to no effect on the game, with players such as Felipe Anderson and Sebastien Haller failing to create many chances in the game. There is no doubting that the two attacking threats will be pivotal to any hopes of earning European football this season – a goal that could have already have taken a hit. Pellegrini confirmed the news on West Ham’s official club website that the attacking duo are both doubts for the clash against Brighton on Saturday – meaning that other new signings such as Albian Ajeti could get a chance to impress. Many West Ham fans took to Twitter to fume over the news, with many fed up over their constant stream of injuries, with a couple even claiming they already expect defeat.

ForeverWestHam has picked out some of the best reactions below: 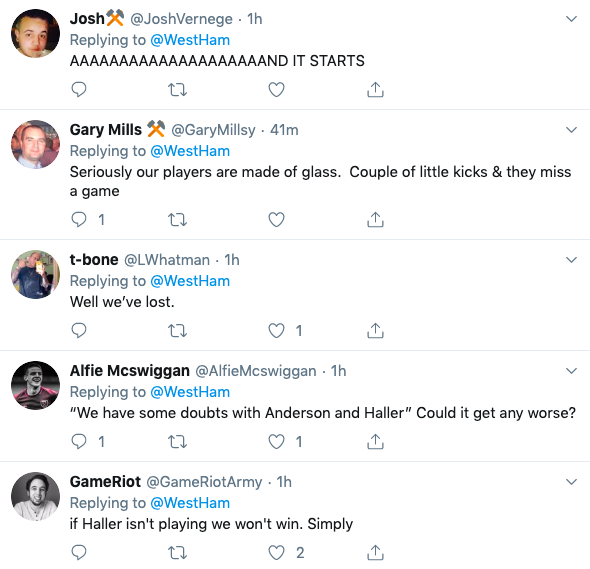 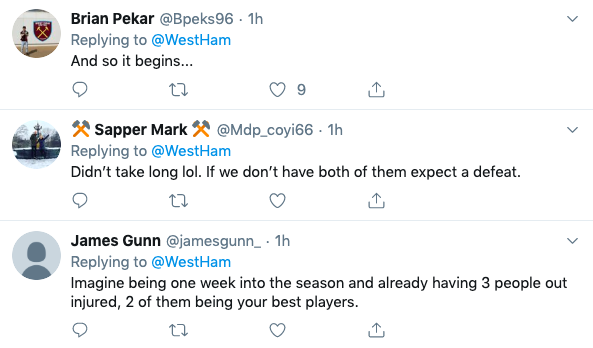