You can understand the skepticism from the West Ham United supporters after the club released a post on its official Twitter account asking the question: ‘How good is it to see Jack Wilshere pulling them strings in midfield?!’ The England international has such a spotty track record with injury that using the words pull and strings in the same sentence as his name is always a risky business, as a few supporters pointed out below. Look, it genuinely has been fantastic to see the 27-year-old back doing what he does best in the midfield engine room over the course of this pre season. He’s arguably, along with young Ben Johnson, been the standout player of the summer for Manuel Pellegrini’s side. However, you can never truly get excited about him because there’s always the risk that he’s going to pull up with an injury in training or in the first few games of the new season. He missed the majority of his debut season in east London with various problems, and so the skepticism shown here by the Hammers fans is well earned. 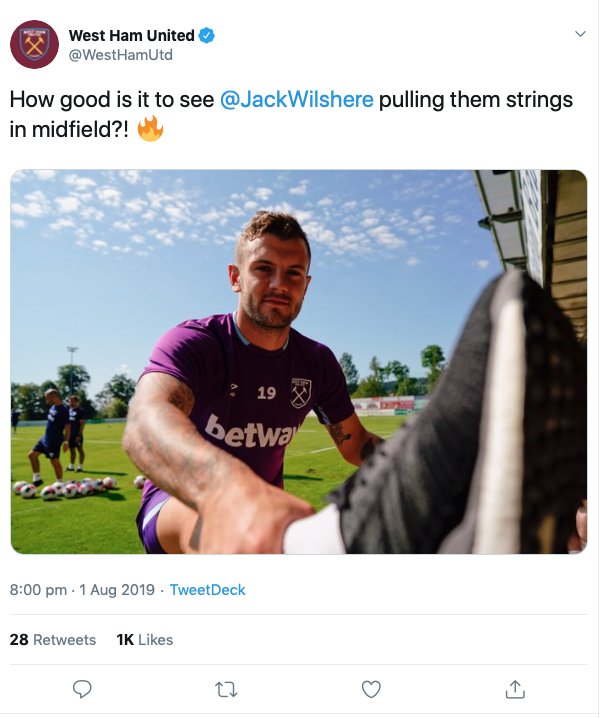 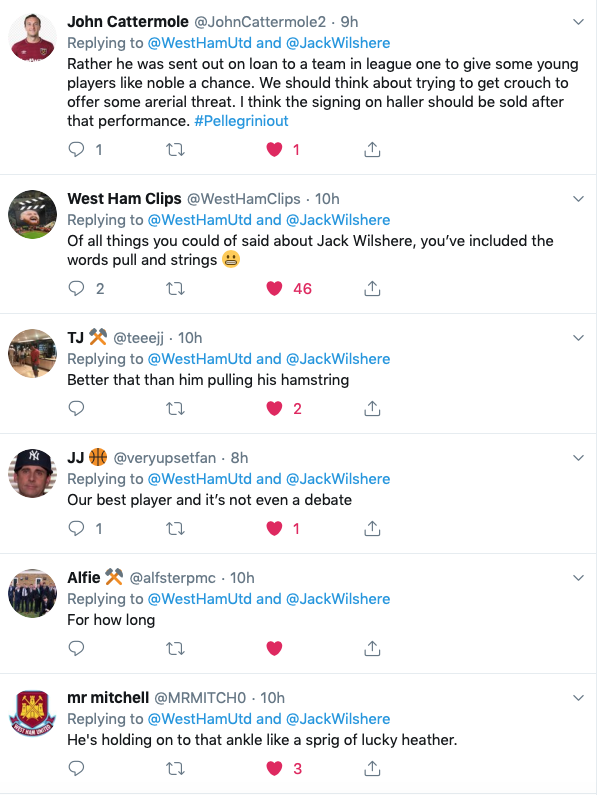