West Ham United’s official Twitter account issued a post on Monday asking supporters how many goals they think striker Sebastien Haller will score this season after he netted a brace in his team’s 3-1 victory over Watford on Saturday. The question produced an optimistic response from much of the Hammers faithful, as can be seen below. It seems that the fans are expecting a floor of around 15 goals from the club record signing, with the potential for a ceiling of 25 or so. That seems like a fair assessment given that this is Haller’s first season in English football. Despite him coming in for huge money, you can’t expect him to instantly get to grips with life in the Premier League. It does take time, so we can’t expect him to go and bag 30+ goals in his first season in east London, but 15-25 seems like a solid expectation for someone of his quality and transfer value. However, one typically paranoid West Ham fan is already fearing that the former Eintracht Frankfurt man will have his head turned come January. Come on now, let’s just chill out a bit, shall we? 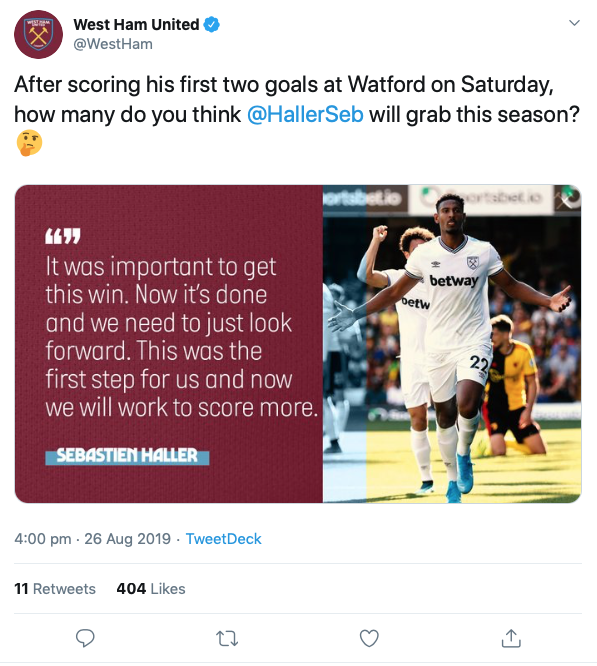 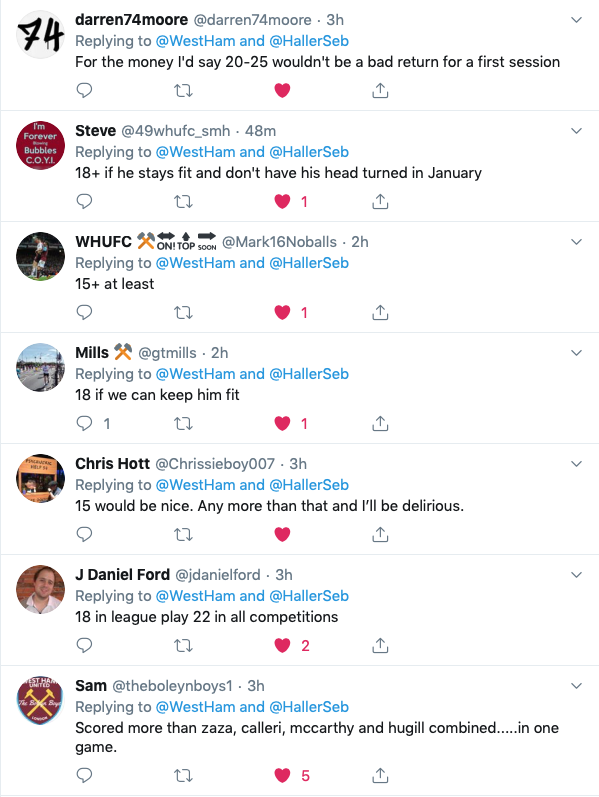