With only days left in the transfer window, Manuel Pellegrini was surely stressing in the hope that West Ham will be able to add reinforcements to his squad before their Premier League opener against Manchester City. Pep Guardiola’s men will not be the team he would have been wanting to face first – with the Hammers’ defence looking far from solid in their recent pre-season games. A defender would have surely have been a priority, with Fabian Balbuena and Issa Diop being offered no solid support from Winston Reid and Angelo Ogbonna – who have both been poor in friendlies this summer. Pellegrini will surely now be delighted after West Ham confirmed the signing of young Portuguese enforcer Goncalo Cardoso on Tuesday. Despite only being 18-years-old, Cardoso still managed to make 18 senior appearances, proving he is ready for the step-up – especially given the fact West Ham beat competition from Benfica for his signature [Football.London]. Many West Ham fans took to Twitter to show their delight over the completed deal, with a couple of fans claiming with Cardoso, their club will now win both the Premier League and the Champions League. 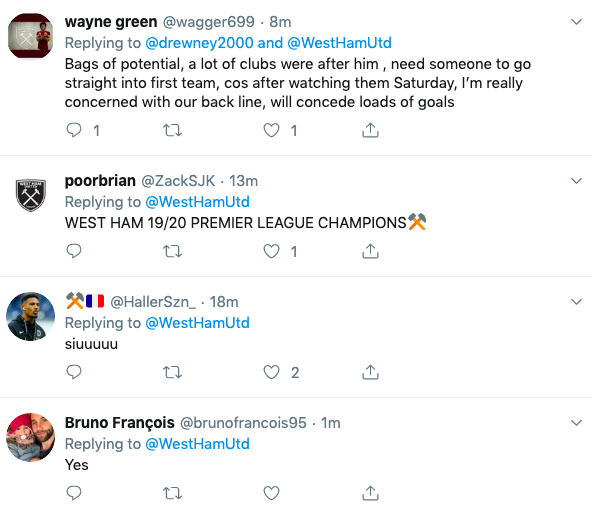 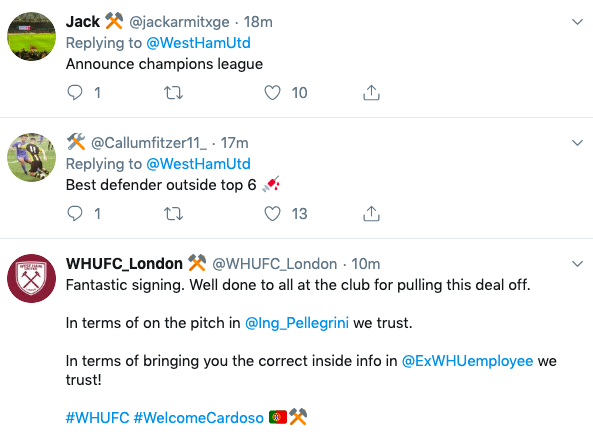 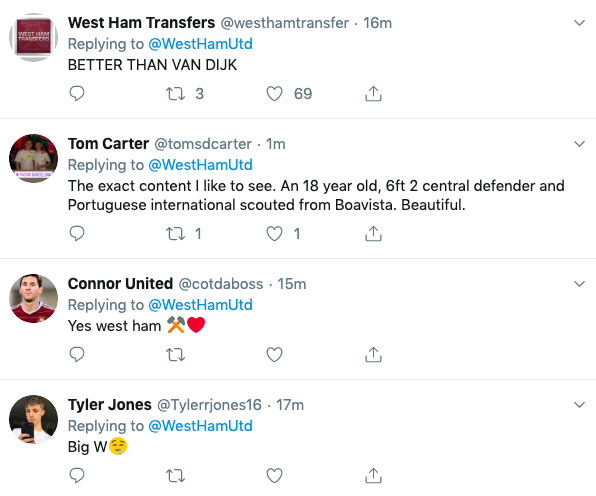