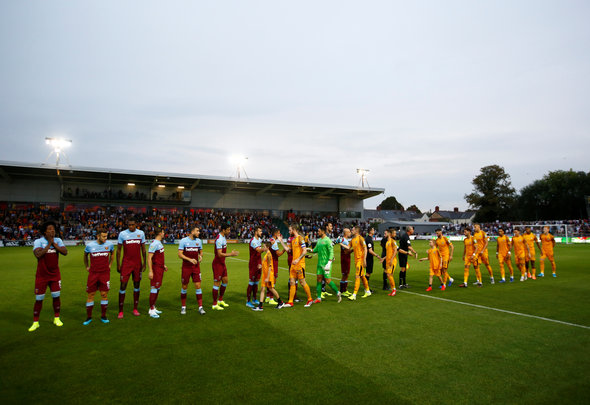 The West Ham United supporters got their first glimpse of summer signing Albian Ajeti as he made his debut for the club in their 2-0 Carabao Cup victory over Newport County on Tuesday night. The match was far from a classic, and the performance from the former Basle striker reflected that. He didn’t look awful by any means, but the Switzerland international certainly struggled to make a real impression at Rodney Parade. The 22-year-old was, realistically, brought in to be a back up to first choice striker Sebastien Haller, and that’s sort of how he looked against the League Two side. There are plenty of West Ham fans who agree with that assessment of his performance. However, there are others who liked what they saw, appreciating the youngster’s work rate and determination in continuing to make runs in behind. There was a recognition, also, that he was largely starved of service by an uninspired Hammers midfield. 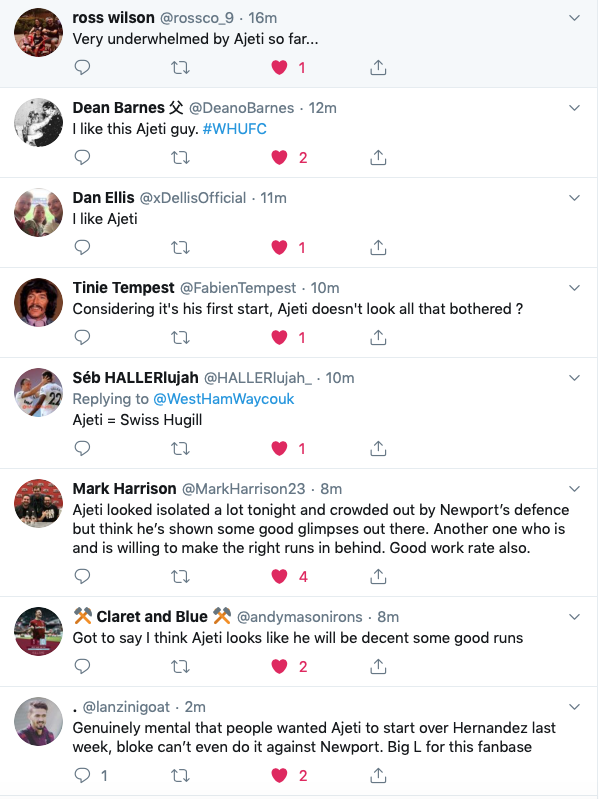 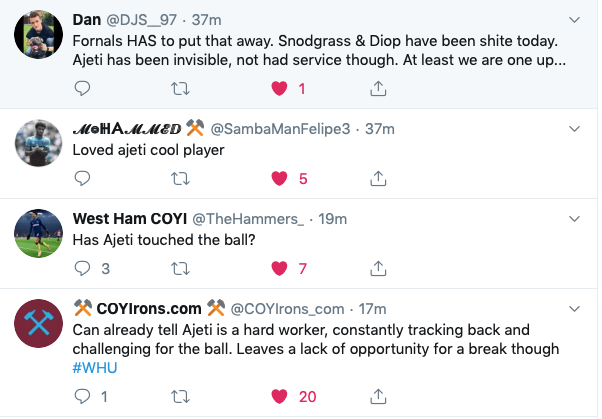