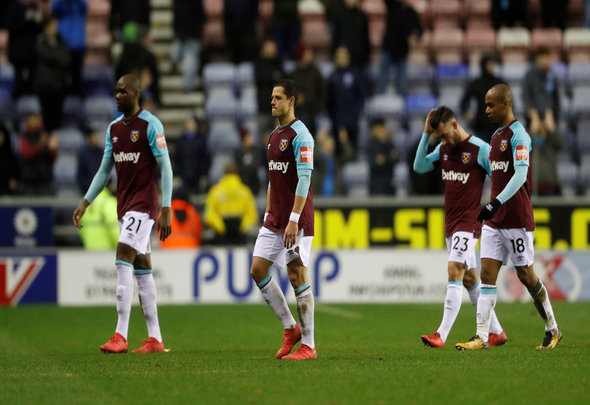 Javier Hernandez, Carlos Sanchez, and Angelo Ogbonna have been suggested by Football.London as three players that could potentially leave West Ham United this month.

The regional news outlet claim on their website that despite the transfer window having closed for Premier League clubs, the experienced Hammers’ trio could still seal a move to Europe, with many leagues having the option to sign players until the beginning of September.

Football.London report that Ogbonna may attract offers, while Hernandez may end up seeking an exit, whereas Sanchez could simply fall out of favour in the Hammers’ midfield.

With the window having closed on Thursday for clubs in the Premier League and Championship in England, it would come as a big surprise to see West Ham sanction an exit for any of their players. Should the transfer window still have been open, Manuel Pellegrini would probably not have stood in the way of any of these three players exiting if he had replacements lined up. The late signings of defender Goncalo Cardoso and forward Albian Ajeti gave the Chilean more options to choose from and most likely meant that both Ogbonna and Hernandez, in particular, could struggle for as much game time this season. Italian enforcer Ogbonna, especially, could have been lined up for the chopping block after his terrible pre-season, in which he did no favours for the Hammers as they carried on shipping unnecessary goals in their friendlies – a trend which continued in their Premier League opener. As for Sanchez – Pellegrini left himself with no choice but to keep the Colombian, with the sale of Obiang meaning he only has Declan Rice and Mark Noble as defensive-minded midfielders.