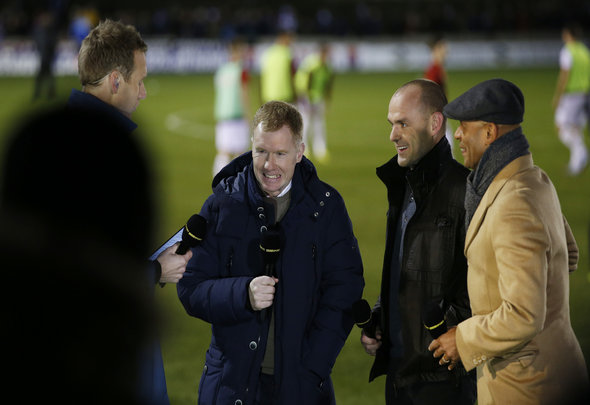 The Frenchman scoring his first goal for Manuel Pellegrini’s side against Hertha Berlin on Wednesday will only have pushed the frenzy towards a crescendo, and now former Hammer Trevor Sinclair’s prediction about the 25-year-old will have expectations at fever pitch.

The ex England international took to his personal Twitter account recently to make his opinion on the big money man known, saying: “Putting it out there before the season kicks off; Sebastian Haller is gunna toy with a lot of PL defenders this season.”

That’s quite the statement from Sinclair. Clearly he likes what he has seen from the centre forward since he joined the club and obviously what he produced over in Germany over the past few years.

What Sinclair likely means is that Haller is a powerhouse who could well bully Premier League centre backs throughout his time at the London Stadium.

We’ve all seen photos of Haller and footage of him playing at this point; he is an intimidating presence on the football pitch. The Frenchman stands at an impressive 6ft 2in tall [Source: Transfermarkt], meaning that he will be able to provide the aerial presence that the team lost when Andy Carroll and Marko Arnautovic left the club this summer.

When you take into account that he scored 20 goals and registered 12 assists for Frankfurt this past season, you can see what Sinclair is getting at.

For Haller, too, it will be nice to hear a former West Ham star say that he’s going to ‘toy’ with opposition defenders in the Premier League next term.

But for the supporters, Sinclair’s words will surely be pushing their excitement for the new season into the stratosphere. 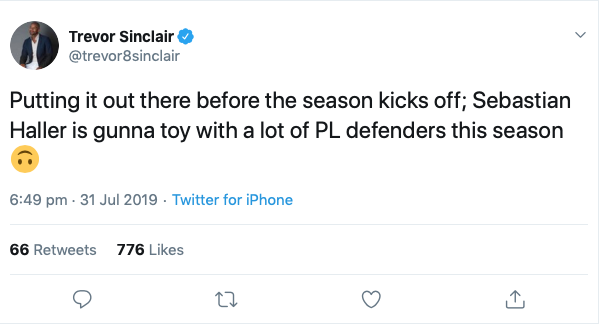