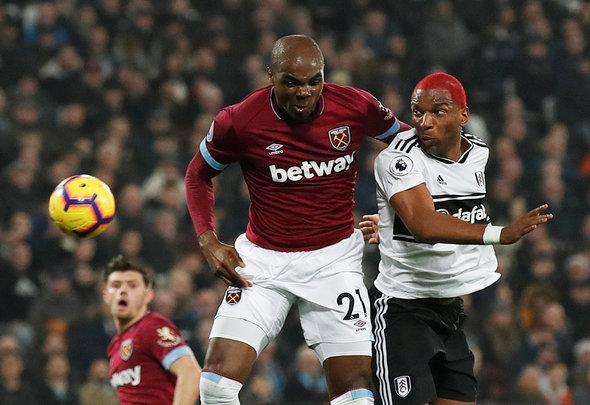 Somewhat surprisingly, Angelo Ogbonna was drafted into the West Ham United side for their 1-1 draw against Brighton on Saturday.

Despite the Hammers struggling defensively in pre-season and against Manchester City, you would have thought that Manuel Pellegrini would have stuck with Fabian Balbuena and Issa Diop.

Balbuena could feel hard done too, especially after Claret and Hugh reported that the Paraguayan international was fully fit for the game, but was simply dropped.

The same report suggested that the West Ham enforcer is more than likely going to be called straight back into the side for the game against Watford.

His replacement, Ogbonna, was reported by Takvim to have attracted interest from Fenerbahce, on one condition – that Pellegrini sanctions the move.

The Hammers’ boss must sanction a move for the Italian to move away, with the experienced defender simply not good enough to consistently perform in the Premier League.

West Ham fans seemed to agree after the game against Brighton, with many slamming Ogbonna’s performance – one even called the 31-year-old “awful,” a clue that many of those people would not be bothered in the slightest should the enforcer seal a move away from East London.

When you compare Ogbonna to both Diop and Balbuena last season via WhoScored, it is clear to see that the Hammers could live without his presence. 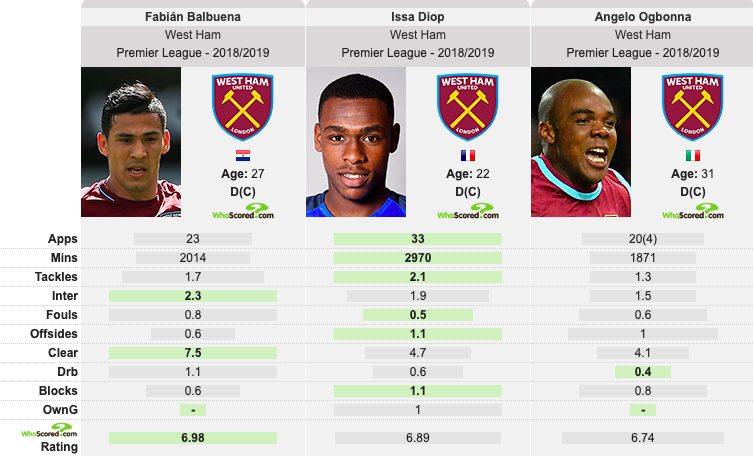 Balbuena was a rock in the heart of the defence, averaging more interceptions and significantly more clearances than the other two available defenders.

On top of that, Diop averaged more tackles and blocks, as well as winning more offsides and conceding fewer fouls – compared to Ogbonna, whose only success was being dribbled past fewer times than the other two.

With Fenerbahce waiting for Pellegrini to give the nod to seal a move for Ogbonna, and the transfer window closing for European sides at the beginning of September – the boss must sanction the move.