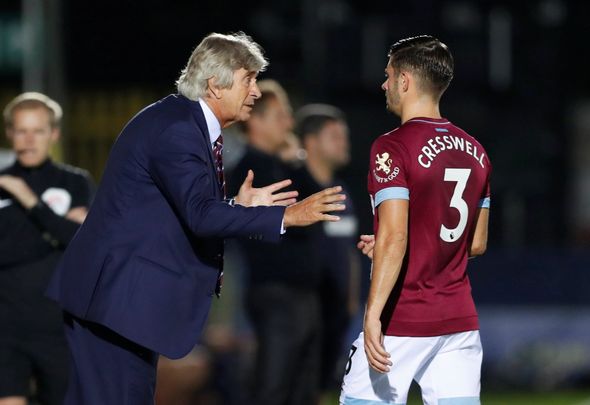 West Ham manager Manuel Pellegrini faces a “big” decision over who to start at left-back against Manchester City on Saturday, according to reliable journalist Sam Inkersole.

The Hammers face the defending champions at the London Stadium to kick-off their Premier League campaign, and Inkersole is of the opinion that the team picks itself, but for the full-back dilemma.

Writing in a piece for Football.London, he said: “There is only really one big selection decision for Pellegrini this weekend as [Lukasz] Fabianski coming back into the fold is a no-brainer.

“That decision comes at left back where the manager has to choose between Aaron Cresswell and Arthur Masuaku and we think the boss will plump for the Englishman over the DR Congo defender.

“That is purely based on pre-season decisions where, despite Masuaku being available for the last three matches, he has only featured off the bench after joining up with the squad late.”

To be fair, Inkersole is probably right about this one. West Ham have recruited well this summer, and the majority of the starting lineup does pretty much choose itself, with the dynamic midfield four of Jack Wilshere, Felipe Anderson, Pablo Fornals, and Manuel Lanzini liable to cause any team problems when they get up and running. The only position that is a mystery at the moment is left-back. There is little to separate Cresswell and Masuaku on paper. Last season, as per Whoscored, Masuaku made, on average, more tackles, interceptions, and clearances per game, whereas Cresswell made more blocks and was dribbled past fewer times, but the stats are often separated by fine margins, and the competition between the two should continue to be fierce this season. You would probably have to hand the edge to Masuaku, but as Inkersole points out, he has been with the squad for less time, and if Cresswell can come in and stake his claim early doors, the position will be his to lose. 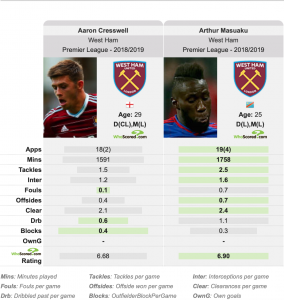