Noble may start on bench 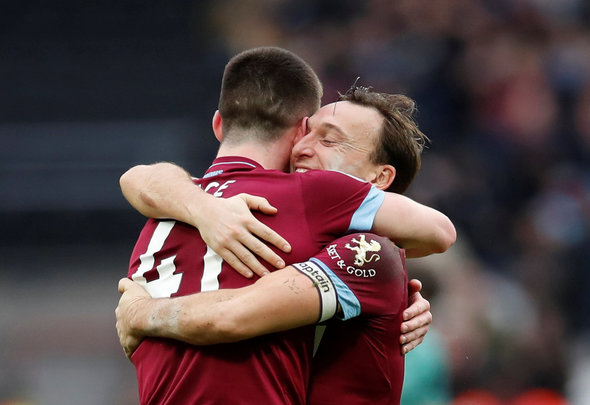 West Ham captain Mark Noble may start on the bench against Watford on Saturday, according to Football Insider.

The veteran midfielder has been absent from the Hammers’ first two games of the new Premier League season, but is expected to feature against the Hornets this weekend.

According to the report, however, Manuel Pellegrini may opt to start the 32-year-old on the bench due to fears that he is not ready to go straight back into the starting lineup.

Obviously, Manuel Pellegrini knows better than anybody as to the physical conditions of his players, but what you would say is that if Noble is fit, he has to start. To be fair to the Chilean, fitness is never exactly black and white. The skipper has been out for a while, and while he may be okay for half an hour, 90 minutes could be pushing it too far. One thing is certain, however, Noble has been a huge miss for the Hammers. In his absence, Pellegrini has chosen to drop Jack Wilshere into the midfield alongside Declan Rice, to very little defensive effect. Over the course of the 105 minutes that Wilshere has played in the league so far this season, he has averaged just 0.5 tackles per match, and is yet to make any interceptions, as per Whoscored. In short, he is leaving Rice exposed, and that in turn is having a domino effect on the shape and form of the team around him. Noble may not be spectacular, but he is a ball-winner, and sometimes, that’s the missing piece of the puzzle needed for success.