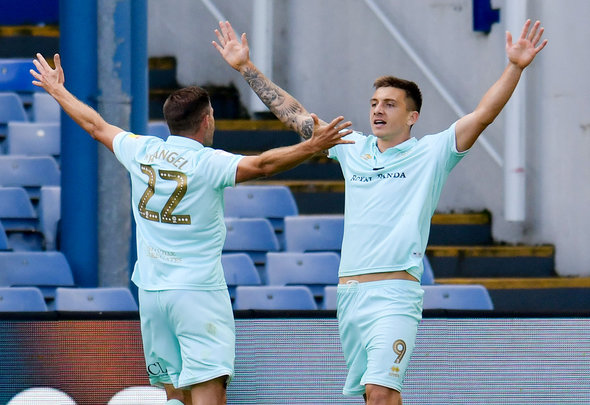 There weren’t many supporters shedding any tears in east London when West Ham United sent striker Jordan Hugill out on loan again earlier this summer, this time to Queens Park Rangers.

He’d endured a mixed temporary stay with Middlesbrough the previous season, while he’s never made any waves at the London Stadium – although he’s not had much opportunity to, in all honesty.

However, perhaps he is just now starting to make Hammers manager Manuel Pellegrini think twice, such is his phenomenal form at Loftus Road so far this term.

Hugill is absolutely red-hot at the moment, scoring twice in QPR’s 2-1 victory over Championship rivals Sheffield Wednesday on Saturday, making it five goals in five games since joining Mark Warburton’s side.

It’s testament to what the right manager and the right environment can do for a player, because Hugill certainly didn’t look this good while at The Riverside last time out.

That’s borne out in the statistics, where Hugill’s tallies for this season far outweigh what he did for Boro. As per WhoScored.com, he has improved in almost all major offensive statistical categories in the early goings of this campaign.

His shots per game tally has risen astonishingly from 1.5 to 3.3, while he’s now registering 0.8 key passes per outing as opposed to 0.4. Then there’s dribbles, up to 0.3 from 0.1, while he’s now being fouled more and dispossessed less.

That’s all hugely encouraging, and with uncertainty over the future of West Ham striker Javier Hernandez – Hammers insider ExWHUemployee reported on his personal Twitter account on Saturday that a bid has been accepted for the Mexican – Pellegrini is possibly now regretting his decision to offload Hugill this season.

Certainly, the 27-year-old’s form is perhaps forcing a rethink from the Chilean, particularly after his latest dazzling display. 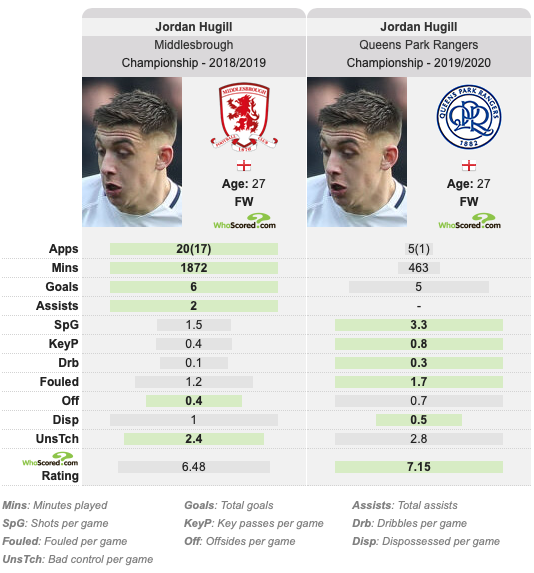