Hernandez could be off after Ajeti deal 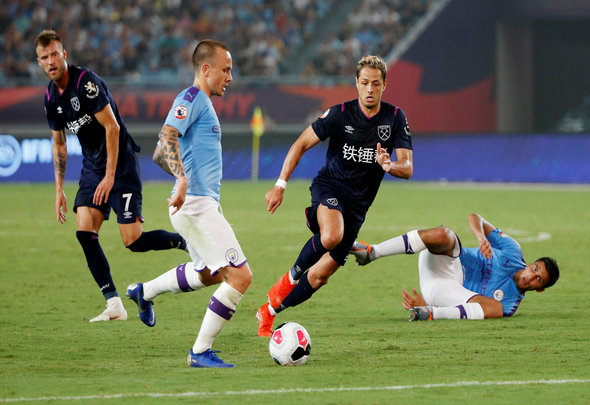 The newspaper claims that the signing of the Basel frontman, which is was confirmed on Thursday, could pave the way for the 108-cap Mexico international’s exit.

Sebastien Haller’s club record signing from Eintracht Frankfurt has already pushed ‘Chicharito’ down the pecking order at the London Stadium, and with Ajeti now having followed him, the 31-year-old may be surplus to requirements.

Let’s just get rid of Hernandez now, this is getting boring. Look, he’s a decent player who is always going to bag you a fair few goals a season. But he’s never been prolific in east London and his wages make him a hugely unnecessary luxury. He is reported to be the highest earner at the club by some distance on £140,000-per-week [Source: Spotrac], but his production hasn’t matched what he’s being paid. With that said, if he wants to go then he should go. Yes, the Hammers would be left a little light on attackers, but the situation wouldn’t be any different than if the Ajeti deal had broken down. Either way West Ham would have two senior frontmen, one young starlet and a winger who can do a decent job up front in a pinch. When you think of the money Hernandez is on it’s just not worth keeping him around. Ajeti looks like a hugely promising young player, and the Mexican’s presence would only stifle his progress.