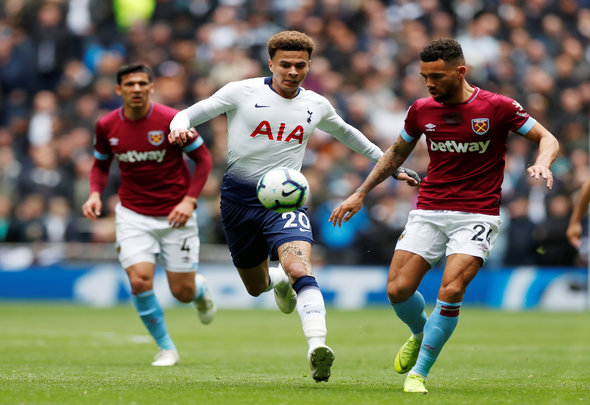 West Ham defender Ryan Fredericks put in a “frustrating” performance against Athletic Bilbao on Saturday, despite his “electric” pace, according to Football.London journalist Sam Inkersole.

The Hammers drew 2-2 with the Spanish outfit in normal time before losing on penalties in the Betway Cup friendly meeting at the London Stadium.

And Inkersole was quick to pick out the flaws in Fredericks’ display.

Writing in a piece for Football.London, he said: “Again, his electric pace is such a weapon but his passing and delivery in the final third was frustrating again.

“Got 80 minutes under his belt on his return from injury, much needed as he should start against Man City next week.”

Fredericks has a big season ahead of him, and you would expect him to be the Hammers’ first choice right back going into the new campaign. But if he is to step on and do that role justice next term, he needs to refine his game somewhat. His pass success rate of just 70.9% and his average of just 0.2 key passes per game, as per Whoscored, simply aren’t good enough, and if he is to be a proper threat for the Hammers then he has to improve. There is clearly something there to be working with and it makes sense for Manuel Pellegrini to put his faith in Fredericks now that Pablo Zabaleta is past his best, but the 26-year-old needs to start adding end product to his game to supplement that electric pace that Inkersole refers to. If he can do that, the Hammers will have a real player on their hands.