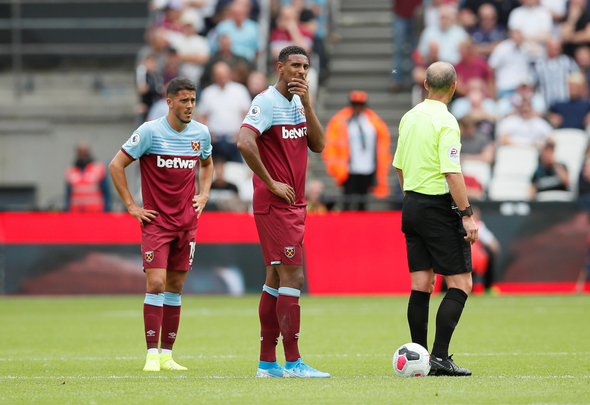 Both players featured in the Hammers’ 3-1 win over Watford on Saturday, with Anderson starting the match and Fornals joining the fray later from the bench.

The Brazilian playmaker posted a photo of himself to his personal account playing in that game with the caption: “Tentando, lutando, acreditando e sorrindo.”, which translates from Portuguese as “Trying, fighting, believing and smiling.”

Responding to that post, Spanish-speaking Fornals wrote: “I don’t understand you”.

Whether this is some kind of running joke, or whether it is Fornals genuinely requesting some assistance in deciphering his teammate’s native tongue is hard to tell, but chances are it is the former. Fornals seems to have slotted in really well in east London, and he appears to have struck up a pretty good relationship with Anderson, who himself was in Fornals’ position this time last year, of course. If the Spaniard can go any way to replacing his mate’s form from his first season in England then there will be some very, very happy Hammers indeed. Things haven’t quite got going for him just yet, with 0.7 shots on goal per game, 0.7 successful dribbles, and no key passes, as per Whoscored, but this is also a player who managed to register 1.8 key passes and 2.4 shots per match in the U21 European Championships this summer too. The talent is there, maybe he just needs some time to find his feet in a notoriously tricky league. If he can, he will be a dazzler.