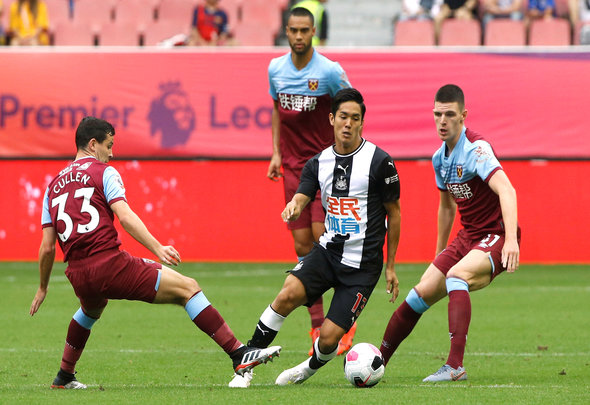 Josh Cullen’s loan move to Charlton Athletic could spell the end of his West Ham career, according to reliable source ExWHUemployee.

The 23-year-old midfielder will rejoin the Addicks after a successful stint at The Valley last season, as confirmed by the Hammers on Wednesday.

And due to the fact that Cullen’s contract with the Irons expires at the end of the season, Ex is of the opinion that he may not return to the club next term.

Writing on his personal Twitter account, Ex said: “I would imagine this will be the last we see of him”. 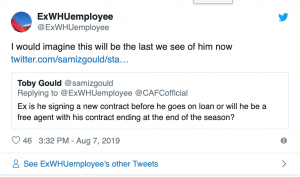 To be fair, this makes a lot of sense. Cullen is 23 now, and if he isn’t making enough of an impression to force his way into the first team by now, you have to wonder whether he will ever have what it takes to be a top, top player. He is clearly very highly thought of by those at The Valley, and manager Lee Bowyer has even gone as far as to claim that he is a better player than he was, as reported by Athletic, but all things considered, you can help feeling that his time with the Hammers might have been and gone. Should he be forced into a move away next season, there would be no shortage of suitors, but the route back to the Premier League could be a long and arduous one. That doesn’t mean it isn’t doable, or that life in the second tier isn’t something to aspire to, but for a player of Cullen’s talents, he will feel that he deserves a shot at the top flight at some point.