Burnley and Palace in for West Ham target Camarasa 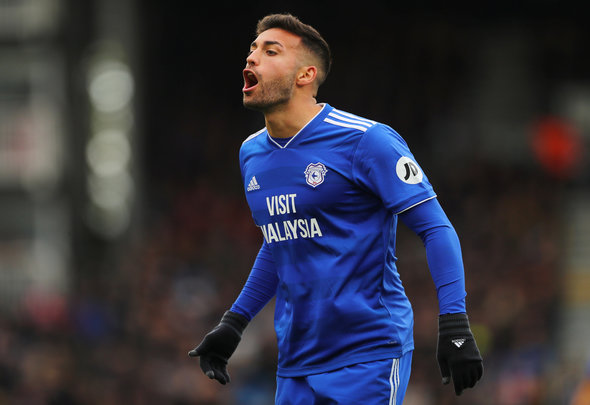 The broadcaster claims that Sean Dyche’s side have entered a crowded queue for the Real Betis midfielder, with Sky asserting that Palace have already held talks with the La Liga side about signing the 25-year-old.

Spanish outlet Marca reported last month that Manuel Pellegrini’s team were interested in bringing Camarasa to the London Stadium, after he shone in a loan spell in the top flight with Cardiff City last season.

However, it would appear that the Eagles have the advantage over both the Clarets and the Irons in this particular transfer battle.

At this stage of the transfer window it would be a big surprise if West Ham had the funds necessary to secure Camarasa’s signature, especially when Palace and Burnley are both in for him. Rival interest is always bound to drive up the price tag of a player, especially when it comes from the cash-rich Premier League. Betis will sniff a potential opportunity to make big money on a player they don’t really want, which is bad news for the Hammers. Pellegrini has splashed the cash on both Sebastien Haller and Pablo Fornals this summer, which apparently hasn’t left much of a transfer budget. Camarasa is coming off a positive season for the Bluebirds where he proved he could perform in the top flight at a high level, which is always going to cost money. The fact that Palace have already held talks and are flush with cash after the Aaron Wan-Bissaka sale to Manchester United likely spells the end for both Burnley and West Ham in this transfer tug of war.