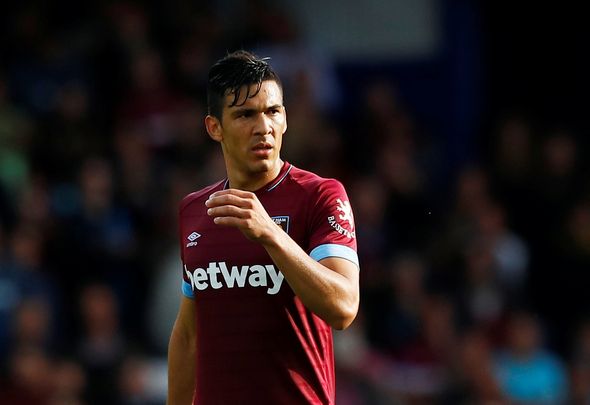 The Hammers ran out eventual 5-3 winners against the German side, but there were several moments of concern at the back.

And Inkersole has picked out the Paraguayan, alongside defensive partner Issa Diop, as a key reason for some of that frailty.

Writing in a piece for Football.London, he said: “Hertha were able to get at West Ham’s back four at will and they struggled too, Fabian Balbuena looked very shaky and Issa Diop was far from his best. ”

This isn’t what West Ham fans will want to be hearing at all. With little over a week until the start of the new Premier League season, and with Manchester City waiting for the Hammers behind the curtain when it raises, Manuel Pellegrini needs a shaky defence like a hole in the head. Of course, everybody has off days, and Balbuena was a standout performer for the Hammers for much of last season, up until the point that he picked up a freakish knee injury. The South American registered an average of 1.7 tackles, 2.3 interceptions, and 7.5 clearances per game in the Premier League last season, as per Whoscored, as he and Issa Diop formed a fearsome partnership at the back. Moreover, in his defence, the Hammers looked particularly vulnerable without the presence of Mark Noble in midfield. Perhaps Pellegrini should reinstate his skipper to help the “shaky” talent behind him.