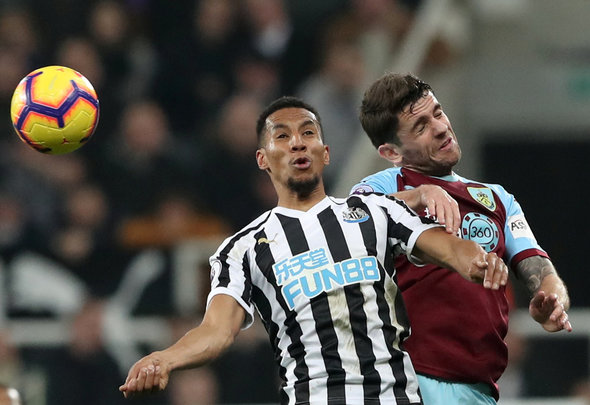 The 27-year-old Hammer revealed he wasn’t surprised at how well Hayden had done at St James Park and pointed out how the 24-year-old midfield enforcer made life difficult for his opponents.

Wilshere also noted that Hayden was the type of player to leave his foot in during challenges and even claimed the Magpies player would probably even do that during pre-season when the Hammers and the Magpies clash.

“I am not surprised at how Isaac has done,” said Wilshere, as quoted by the Chronicle.

“He was a young player when I was at Arsenal and he got a bad injury.

“He has taken a different path but he has done well.

“Isaac is a tough opponent to play against and makes life difficult for teams.

“He will always leave his foot in and just because it is pre-season I’m sure things won’t be any different.

“But Newcastle are a good team who now have a good manager and it will be a tough test.”

The Daily Star previously reported that Hayden was a transfer target for the Hammers this summer as the club had made him their number one choice when it comes to bolstering their midfield’s engine room.

This is no surprise as Hayden impressed in his latest campaign as he averaged 2.9 tackles per game, 1.6 interceptions, 1.1 clearances and averaged a rating of 6.96 across his 25 Premier League outings. (Source: WhoScored)

Given that Wilshere implies that the Magpies midfielder is the type of player who could be the bite to back a side’s bark due to being physical in midfield, surely he’s worth signing?

The Hammers have signed creative midfielder Pablo Fornals this summer and having another more defensive-minded midfielder on the books alongside Declan Rice and Mark Noble, surely would give players like Fornals the freedom they need to flourish.

After all the Hammers didn’t have the best defensive record last season as they conceded 55 goals in 38 league outings, and an attacking player like Felipe Anderson was forced to help out at the back as he ended up making 89 tackles (Source: Premier League).