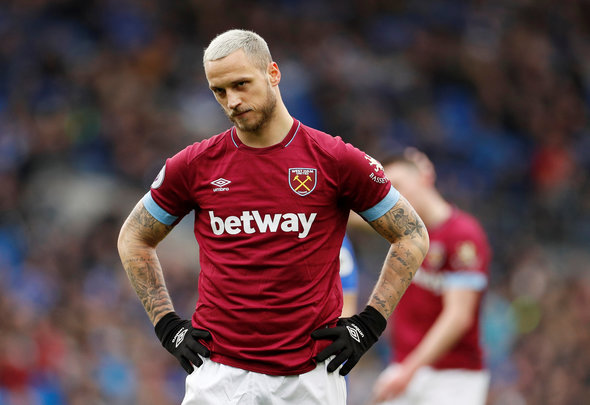 Jim White was taken back by the reported speculation surrounding the future of West Ham attacker Marko Arnautovic.

Sky Sports reported on Thursday that everyone at the Hammers wanted the 30-year-old forward out and that they were willing to accept a terrible deal just to get rid of him.

Sky Sports journalist Kaveh Solhekol went into great detail when live on air on Sky Sports News as he read a text he had got from a senior source at the Hammers.

“I’ve just had another message from somebody who knows exactly what is going on at West Ham, I’ll read the message out to you, it says a deal is getting closer for Marko to leave for about 25milllion euros (which is about £22.5million) and we feel we have no choice but to let Marko go, as it’s bad for morale if he stays and the team is the most important thing and the players who want to play for a club moving in the right decision is the most important thing.

“Yet again we’re getting a message from someone who knows exactly what is going on at that club, the players, the manager, they’re sick of him.”

This update prompted White to utter six-words as he seemed stunned at how Arnautovic was opting to leave the London Stadium.

White may have only delivered a six-word verdict of the Arnautovic saga, but he said all he needed to. The fact of the matter is, it sounds like the 30-year-old has made his position at the London Stadium untenable, and the club have no options but to do what they can to get rid of him. This is a great shame by all accounts and the previous happy moments Arnautovic has provided West Ham fans with, have now be overshadowed. The 30-year-old scored 10 goals during his 28 league games in his latest season, helping the Hammers rack up 12 wins in the process, and averaged 0.36 goals per match (Source:Premier League). Given that Arnautovic finished the Hammers’ top-scorer across all competitions with 11 goals, there’s no denying he’ll be a big miss. Hopefully, the Hammers are able to work quickly to get a replacement for Arnautovic through the door as it seems they’re wasting no time in pushing the Austrian out the door.