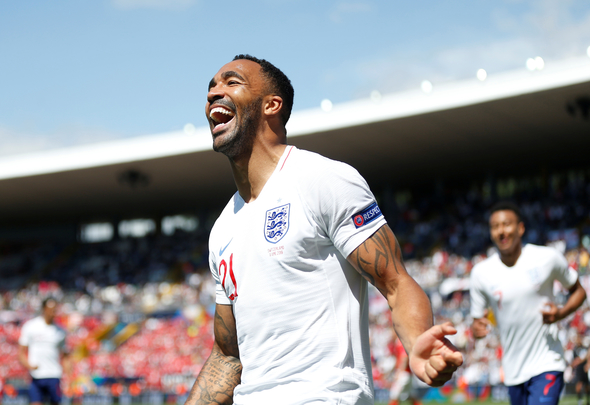 West Ham have surely been dealt a blow in their pursuit of Bournemouth attacker Callum Wilson as the Cherries are reportedly offering him a new contract.

The Sun reported on Tuesday that Bournemouth are offering the 27-year-old forward a new five-year contract as well as a pay rise to fight off interest from the likes of West Ham and Chelsea.

The newspaper claim it is a huge gesture for Bournemouth to make as not only will the new deal see him earn £26million between now and 2024, which is roughly £100,000-a-week, but they only handed him a new long-term deal just a year ago, when clubs were sniffing around him then.

This big gesture will surely make it nearly impossible for West Ham to lure Wilson to the London Stadium as surely the attacker would be tempted to accept the lucrative contract in front of him.

After all, it doesn’t seem like Manuel Pellegrini’s side would be willing to match Bournemouth’s offer.

The Hammers may be keen enough to make an initial approach for Wilson, as reported by Football Insider, but Claret & Hugh reported West Ham had concerns about Wilson’s injury record.

So it’s unlikely the Hammers would want to commit themselves to paying Wilson big money on a five-year deal, if they’re already worried he could potentially be injury-prone.

Wilson may be the attacking threat the Hammers need as he did score 14 goals, assisted nine, averaged 2.2 shots per game and racked up four Man of the Match awards for being so formidable, as per WhoScored, in his latest league campaign for Bournemouth; but the Hammers’ chances have surely been dealt a hit with the Cherries making him an alluring offer.