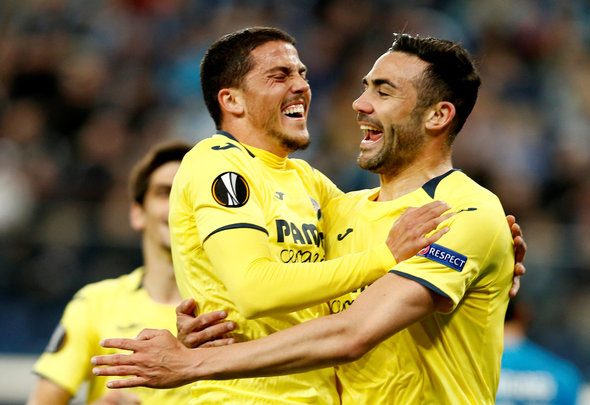 Trevor Sinclair sent a one-word message saying “oops” after watching a clip of Pablo Fornals in action for West Ham against Fulham.

The Hammers’ official Twitter account shared a clip of the Spanish playmaker nutmegging Fulham’s Kevin McDonald during the 1-0 win over the Championship side in pre-season on Saturday.

Sinclair replied to the club’s tweet, via his verified Twitter account, to say “oops” alongside a grimacing face to show he was clearly scared about how good Fornals looked. 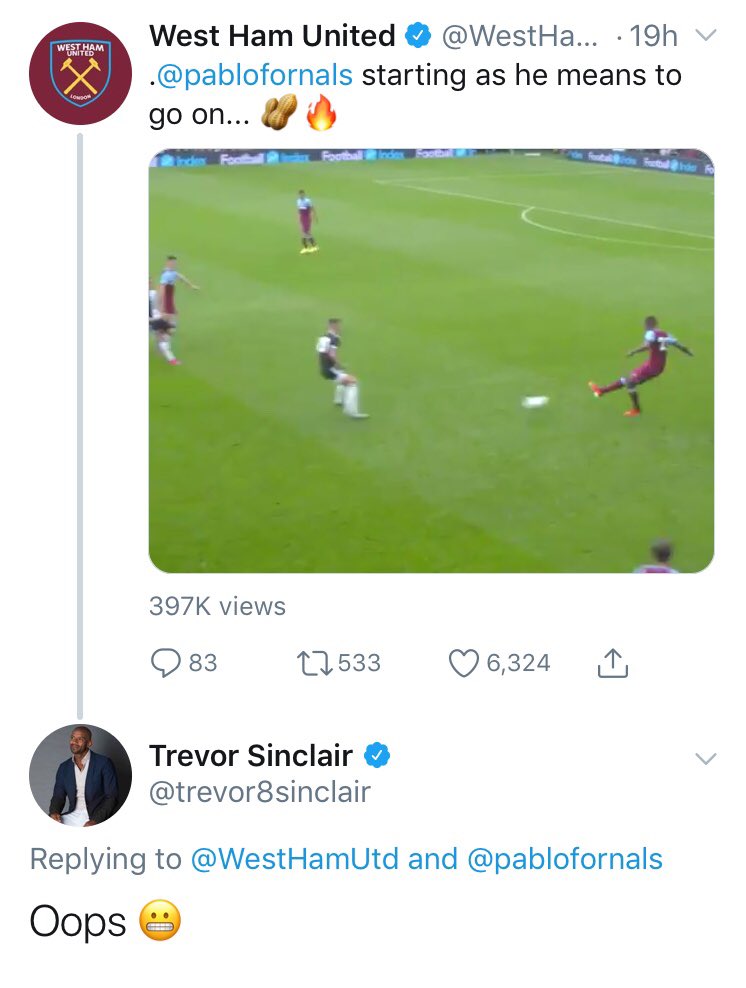 Sinclair, who played 186 times for the Hammers, knows what it takes to succeed at the London club. After all the now-retired midfielder scored 38 goals while assisting 18, in order to become a West Ham fan favourite. While Sinclair may have only sent a one-word message, his reaction to Fornals’ skilful moment in the win against Fulham, clearly is telling. It’s normally hard to nutmeg a player as an opponent will do all they can not to be nutmegged as it’s quite embarrassing really, so for Fornals to play the ball through McDonald’s legs is clearly a reflection of how good he is. The Hammers spent £24million on signing Fornals from Villareal, according to the BBC, and a lot is expected of him as a result. However, the 23-year-old looks more than capable of living up to his price tag based on the brief glimpses he showed against Fulham, as well as his displays at the U-21 European Championships earlier in the summer. Fornals scored two, while assisting one, to help Spain’s U-21s win the tournament and impressively averaged a rating of 7.62 (Source: WhoScored). So if the 23-year-old can perform like that once the season gets underway, he’ll be an asset to Manuel Pellegrini.