Time is ticking against Browne

West Ham playmaker Marcus Browne is facing an uphill battle featuring for the first-team next season but Manuel Pellegrini could be convinced of his talents in pre-season.

The 21-year-old attacking midfielder had a very successful loan spell with Oxford United in his 2018/19 campaign as he scored nine goals while assisting five in the 44 outings he made for them.

Browne ended up becoming so important to the League One side during their latest campaign as he finished third in the club’s scoring charts and on average scored a goal every 308 minutes (Source: BBC).

In fact, very early on in the season, Oxford United manager Karl Robinson was so impressed with Browne during a 1-1 draw with Sunderland he said “Marcus Browne just showed everybody why he’s the best player in this league,” as quoted by the Oxford Mail,  and that shows why he may have an outside chance of featuring in the upcoming campaign for the Hammers.

The Premier League may be a huge step up from League One, but the 21-year-old looked way above the level needed to succeed in England’s third tier so can’t be written off.

Browne has only ever featured once for the Hammers’ senior side, he played 15 minutes of the clash with Astra Giurgiu in the 2016/17 season, and that shows how opportunities haven’t come his way in recent seasons, at least at the London Stadium.

However Claret & Hugh previously reported that Pellegrini would assess Browne in pre-season and it seems that report is accurate as Browne is in Switzerland, based on his Instagram story, which is where the Hammers’ training camp is. 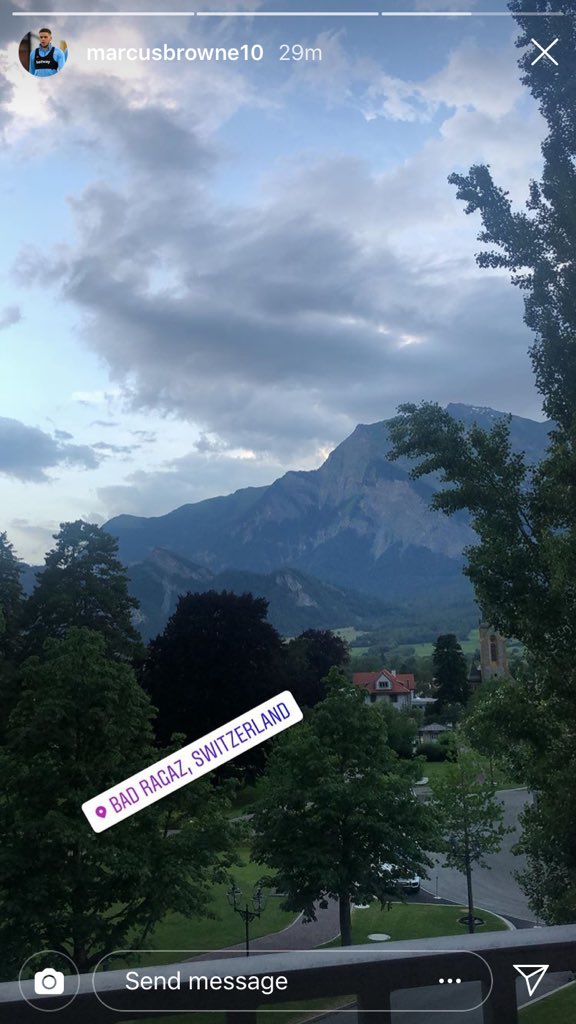 Yet with Manuel Lanzini, Felipe Anderson, Robert Snodgrass, fellow youngster Nathan Holland and new summer signing Pablo Fornals all capable as playing as an attacking midfielder like Browne; then competition is fierce.

Yet it does seem the 21-year-old has been handed a bit of a boost regarding one of his competitors as Claret & Hugh reported that Fornals is likely to miss the pre-season camp in Switzerland due to competing in the U-21s European Championships.

While Browne faces a near-impossible task being above the Spanish playmaker in the pecking, after the Hammers recently spent £24million on him; Fornals not being in Switzerland surely hands the 21-year-old a boost as he won’t be there to steal Pellegrini’s attention.

The Hammers manager will clearly be keen to see his new recruit in action first hand, and considering that he scored five while assisting six for Villareal last season as well as stole the show at the U-21s Euros by average a match rating of 7.62 (Source: WhoScored); there was easily a chance he could have overshadowed Browne in Switzerland.

However, that isn’t reportedly going to be the case and the Hammers 21-year-old should make the most of the situation.