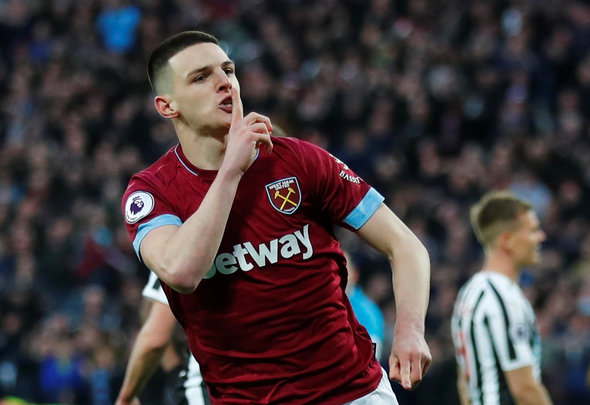 Declan Rice sent a message to West Ham youngster Dan Kemp after he took to his Instagram to mark that pre-season had begun.

The Hammers winger posted a couple of snaps from the U-23s’ pre-season tour of Slovakia, with the caption “pre season”, on his personal Instagram.

Kemp’s post saw several fellow West Ham youngsters praise him and also saw Rice, via his verified Instagram account, send the 20-year-old a one-word message in order to call him a “playa”. 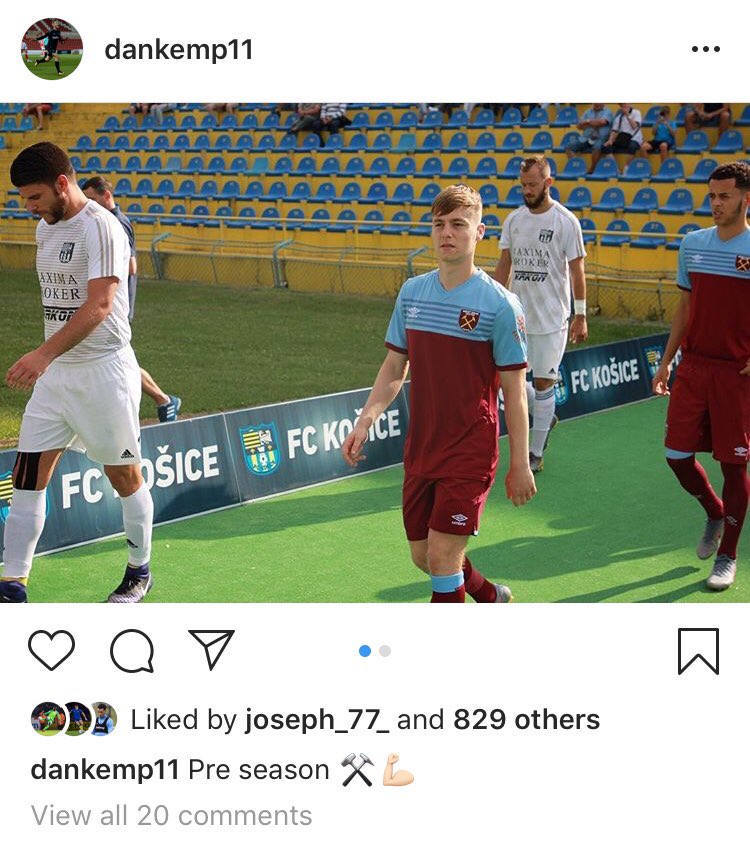 Rice calling Kemp a “playa” along with sending the heart and fire emoji is clearly his way of showing that he rates his Hammers teammate. This is no surprise as Kemp is one of the current crop of Hammers youngsters expected to have a bright future, after all the club showed they had a lot of faith in him in 2018 by handing him a new three-year deal (Source: Official West Ham website). However, while Kemp is clearly highly-rated at the London Stadium, he is yet to make his debut for the senior side. The 20-year-old came close to appearing in the Hammers’ first-team as he was named on the bench for the Premier League clash with Burnley in the 2016/2017 campaign, but he didn’t make it onto the pitch. Yet it would be no surprise if Manuel Pellegrini hands Kemp his debut in the upcoming campaign. After all the winger impressed for the club’s U-23s in his latest season as he scored six goals in his 15 outings in the Premier League 2 and that’s impressive, considering the start of his season was delayed due to the serious injury he suffered at the tail end of his 2017/18 campaign.