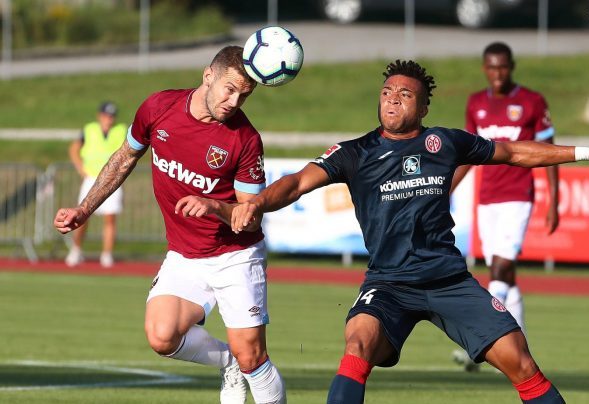 Declan Rice cheekily commented that it looked like West Ham midfielder Jack Wilshere had been hitting the gym in the summer after the club’s Instagram account uploaded pictures of the 27-year-old.

The Hammers’ official Instagram account uploaded two pictures of Wilshere from pre-season, alongside one from his 2018/19 campaign, to point how he always seems to stick his tongue out while playing.

However, Rice couldn’t help taking to the comment section of the club’s latest Instagram post, to imply how Wilshere’s latest pre-season picture made him look more ripped. 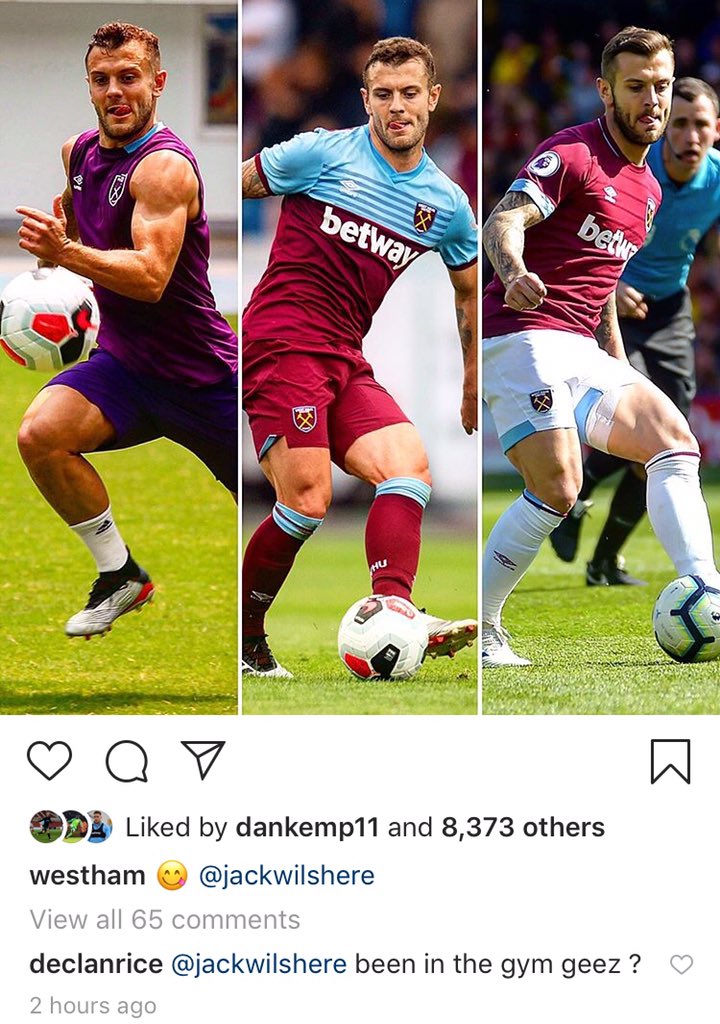 With the Hammers using a picture from last season, next to two recent snaps; it’s easy to see why Rice was so taken back. Wilshere’s arm in the picture on the far left looks significantly more muscular than his arm in the snap on the far right. While it may just be the lighting or the club’s new sleeveless training gear really making his arm stand out, it wouldn’t be a surprise if Wilshere has beefed up over the summer.  The 27-year-old saw his 2018/19 campaign wrecked due to injury, he spent 193 days rooted to the sidelines due to an ankle injury (Source: Transfermarkt), and is no doubt determined to stay fit and strong in his upcoming campaign. Wilshere managed only eight Premier League appearances in his latest campaign, averaging a rating of 6.68 (Source: WhoScored), and working hard over the summer in the gym is surely only going to aid his chances of featuring more under Manuel Pellegrini. It does feel like the midfielder’s upcoming campaign is a big one for him, and it all rests on him staying fit and making the most of his chances when he features.