The 26-year-old midfielder signed a one-year deal with Sheffield United on Tuesday, as per the BBC,  and to celebrate his return to the Premier League, he posted a clip of his best bits on his personal Instagram account. 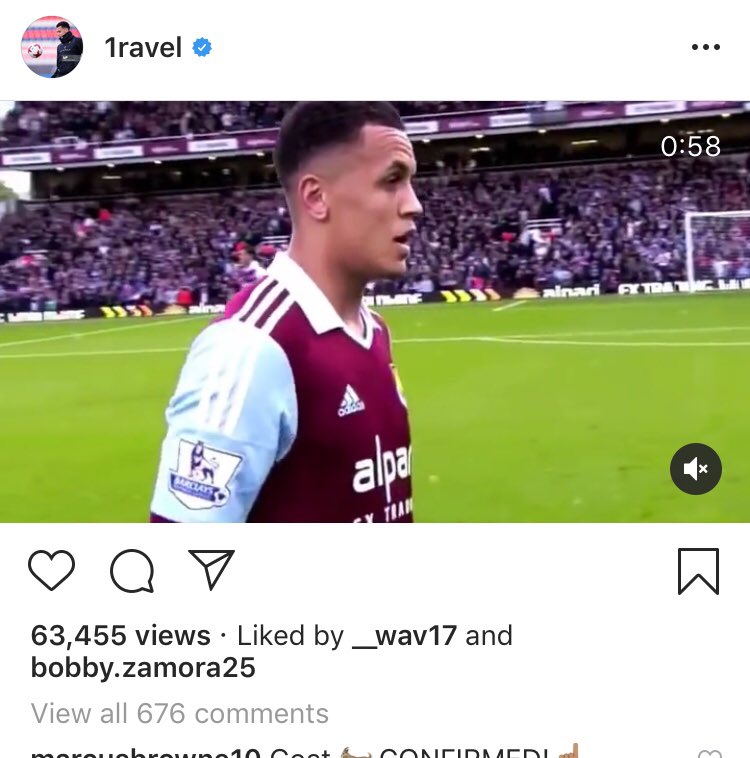 Morrison’s clip saw West Ham’s Browne comment, via his personal Instagram account, to call the Blades midfielder the “goat” and the Hammers midfielder ended up getting a reply.

The 26-year-old suggested that he was only the goat as Browne’s talents hadn’t been seen yet.

Morrison tipping Browne for success will surely have many West Ham fans excited to see the 21-year-old in action in the upcoming season, however, they may not get the chance. Football Insider previously reported that Manuel Pellegrini was ready to wave goodbye to the 21-year-old as he hadn’t climbed up the club’s pecking order during pre-season. The reliable outlet claimed that the Hammers had already fielded enquires from some lower league sides for Browne and were willing to sell him for the right price. So with that in mind, perhaps Browne is destined to never add to the one appearance he has made for the senior side. The 21-year-old spent his 2018/19 campaign on loan at Oxford United and scored nine goals while assisting five in the 44 appearances he made for them. Browne, averaged a goal every 308 minutes in his latest campaign (Source: BBC Sport), and it would be sad to see a player with so much potential leave the London Stadium. However, if Pellegrini isn’t going to utilise him, he has to do what is best for his career. If Browne does move to the lower leagues maybe he should see Morrison as an example to inspire him, as the 26-year-old went from Manchester United’s academy and playing for West Ham to featuring in Sweden’s top-flight, but now he has another opportunity in the Premier League with Sheffield United due to not giving up.