Morrison believes Welbeck would be good competition for Haller 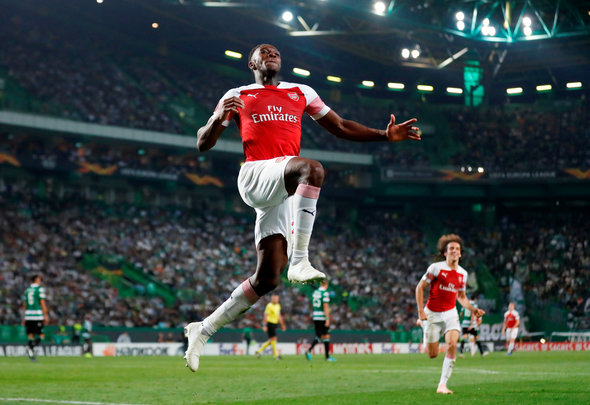 Clinton Morrison is spot on to suggest West Ham sign Danny Welbeck but the Hammers will have to find a way to overcome his big-money demands.

The talkSPORT pundit shared that he was surprised that the 28-year-old attacker hadn’t been signed by a club yet given his status as a free agent and claimed he could be good for the Hammers.

Morrison ended up revealing he wanted former club Crystal Palace to acquire Welbeck’s service, but his brief comments show that he thinks Manuel Pellegrini’s side would benefit from having him on their books.

It’s hard to disagree with that fact, especially when Morrison implies that he sees Welbeck as being good cover rather than a trusted first-choice option.

Welbeck is proven in the Premier League having scored 42 goals, while assisting 26, in 206 outings in England’s top-flight.

The 28-year-old has also proven himself to be useful to sides such as Arsenal and Manchester United due to his versatility as he has played as a centre-forward, a left-sided winger and a right-sided winger during his career (Source: Transfermarkt).

Welbeck’s shooting accuracy also isn’t totally unacceptable as it stands at 39% in the Premier League as 141 of his 362 attempted shots have hit the target. (Source: Premier League)

When you consider some of those efforts were probably him taking chances that he will no longer attempt now that he has matured as a player, it’s actually quite promising.

The Hammers only have just over 10 days to bolster their options with the transfer window closing and it’s clear they need another forward to arrive.

Pellegrini binned Marko Arnautovic, Lucas Perez and Andy Carroll from his squad this summer and it’s clear that French attacker Sebastien Haller, no matter how good, can’t cover all three being gone after signing for the club.

Given Welbeck’s free-agent status, it makes sense to waste little time and get him.

The only issue is The Sun previously reported that Welbeck had big-money demands as he wants a £100,000-a-week contract as well as a £5million signing-on fee.

The national newspaper claimed these demands are causing him to struggle to find a new club, so it may not be the hardest task in the world to get him to lower his expectations regarding a contract.