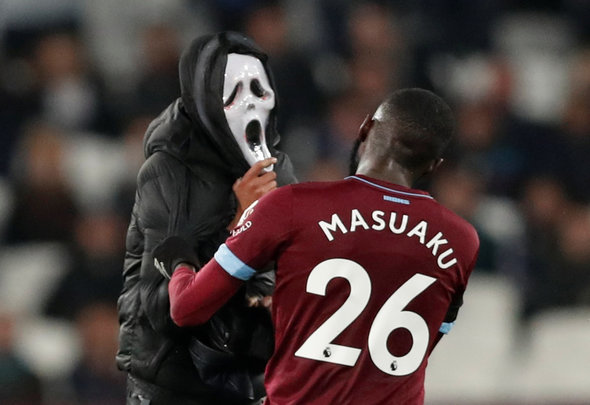 The Hammers’ official website announced on Monday that the 25-year-old had signed a contract extension with West Ham which ties him to the club until summer of 2024.

Masuaku took to his Instagram to celebrate putting pen to paper and shared he was excited to be a part of the Hammers.

“Very proud to extend my contract at the club,” wrote the left-back on his personal Instagram.

“I’m excited to be part of this club and I’m looking forward for the new season. Thanks for the kind message – it’s all Love.”

The defender’s post prompted Harewood to send him a two-message congratulating him on his contract extension, and the former Hammers attacker also attached the applause and fire emojis to his message to share his delight. 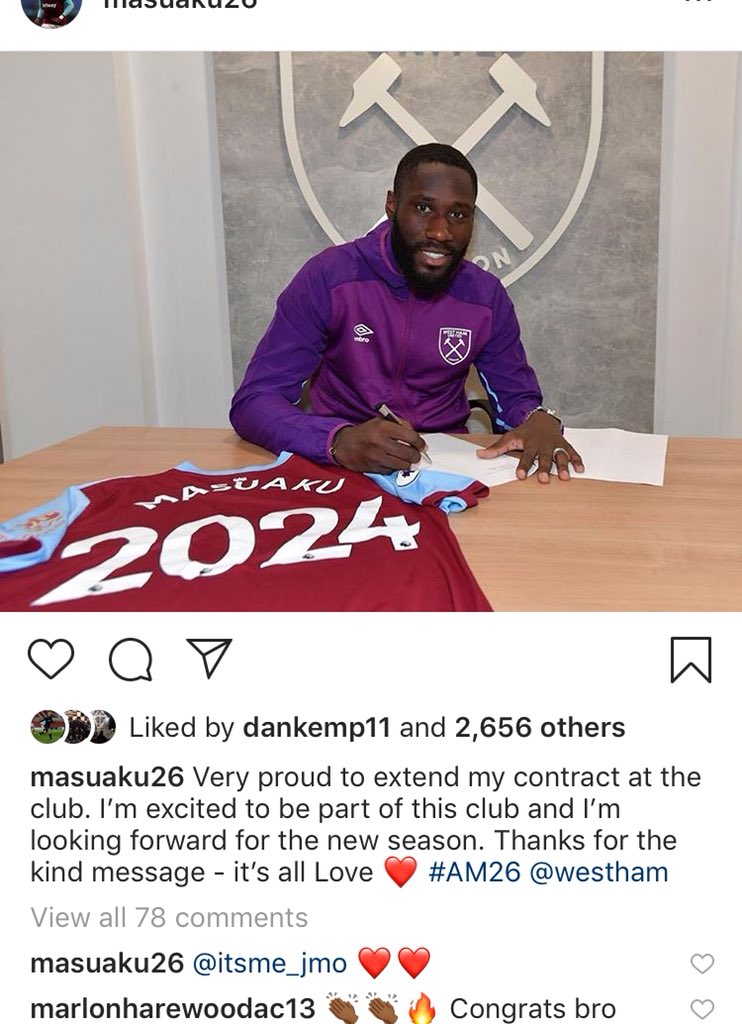 Harewood clearly believes Masuaku has made the right decision extending his stay at the London Stadium based on his emoji use and it’s easy to see why. Masuaku is one of two senior left-backs and at the age of 25-year-old, he could be a reliable option for Manuel Pellegrini to call upon for years to come.  The left-back seemed to battle Aaron Cresswell to be first-choice last season, but you feel him signing a new deal shows that he may have edged ahead of the Englishman in the pecking order before the new season. In his 2018/19 campaign, Masuaku played 23 times in the Premier League and did shine bright on occasions. The 25-year-old picked up one Man of the Match award, averaged a rating of 6.90, had a decent pass completion rate at 83.3% and on averaged won 0.9 of his aerial duels per game in his latest campaign (Source: WhoScored). While at times Masuaku could be frustrating to watch due to making silly errors, for example, he was all over the place against Manchester City in November so much so that celebrity fan James Corden publicly slammed him,  if he could just work on his consistency then he could be a valuable player in the upcoming season.