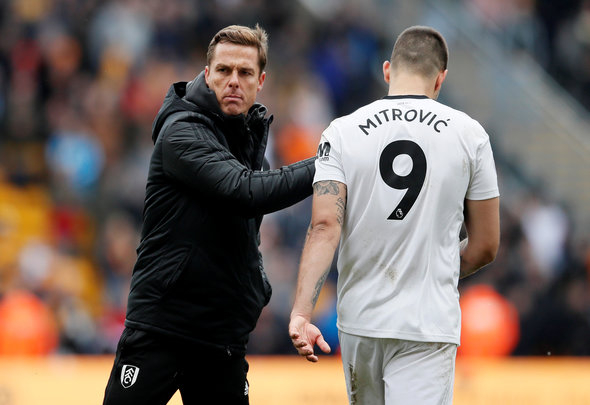 Steve Lomas is clearly in dreamland with his wish for West Ham to sign Fulham attacker Aleksandar Mitrovic and Bournemouth forward Callum Wilson.

The 45-year-old, who made 187 appearances for the Hammers, revealed that ideally, he would like to see Mitrovic and Wilson arrive at the London Stadium and partner Marko Arnautovic, as he could see the trio forming a nice partnership.

“My hope is Arnie would have stayed and we would have gone for another type like him, someone who can hold it up and run in behind,” said Lomas in an interview with Ian Abrahams, which was uploaded to the broadcaster’s Instagram.

“Mitrovic at Fulham would be someone that who you’d be thinking of, whether he is the quality of Arnie, I’m not certain, however, he is certainly someone who can put himself about.

“Rondon is another one who is 29 coming 30, but listen, yep definitely (Abrahams asked about Wilson), they were the two I would like to come in, I’d like to see Mitrovic and Wilson coming in with Arnie staying, it would have been a nice little three, made a nice partnership, or if one was injured one could come in.”

It’s no surprise that in an ideal world that the Hammers would have Mitrovic, Wilson and Arnautovic on their books, as just looking at their stats, courtesy of WhoScored, is enough to get tongues wagging over the idea. 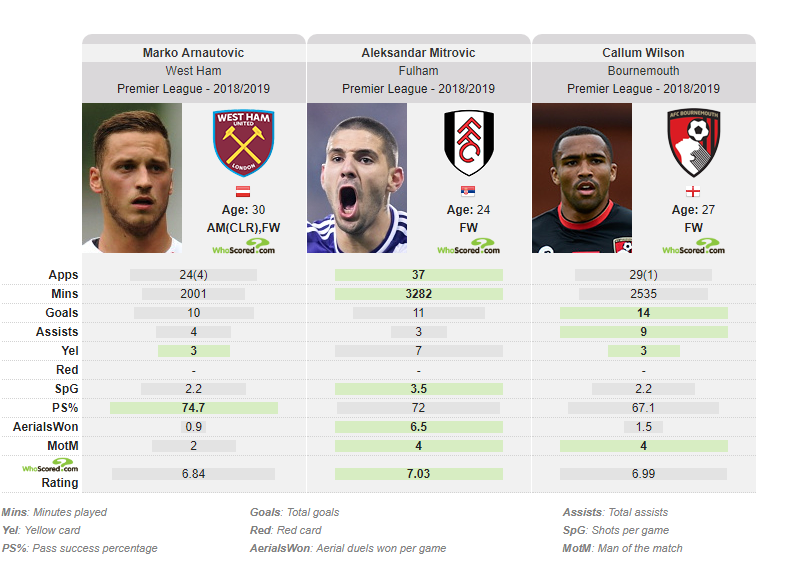 All three averaged above two shots per game in their league outings in the 2018/19 campaign, with Mitrovic on average hitting 3.5 shots per game; and it’s easy to see they’d be a formidable trio if they all somehow ended up at the same club.

Yet Lomas is in dreamland as it’s currently hard to see any of them being at the London Stadium next season wearing a Hammers kit.

The Mirror previously reported that the Hammers had their sights on Mitrovic but since then Fulham vice-chairman Tony Khan issued a sort of hands-off warning to the clubs that wanted him as he told Fulhamish podcast that he was doing “everything” to keep him; so that deal sounds very difficult to achieve from a West Ham perspective.

As for Wilson, The Sun may have originally reported that the Hammers were planning a £35million bid for him, but the Evening Standard claimed West Ham were unlikely to make a move for the Bournemouth attacker this summer as he was valued as being worth £60million, and that seems believable.

So even though Mitrovic and Wilson are thought to be both on the Hammers’ radar, both don’t seem likely to join West Ham at this stage.

Then there’s Arnautovic, Sky Sports reported on Tuesday that the Hammers forward was determined to leave so it wouldn’t be a surprise to see his bags packed.

So with that in mind, Lomas is in dreamland with his transfer wish even though it’s a very lovely thought.