The 31-year-old centre-back was brought on at half-time during the pre-season friendly against the Austrian club in order to make his first appearance since injuring his knee against Swansea City in March 2018.

Reid took to his Instagram afterwards to reflect on returning to action against Altach and pointed out it had been 495 days since he had featured for the London club.

Reid’s social media update saw Collison send him a four-word message to claim he looked strong in his first outing back. 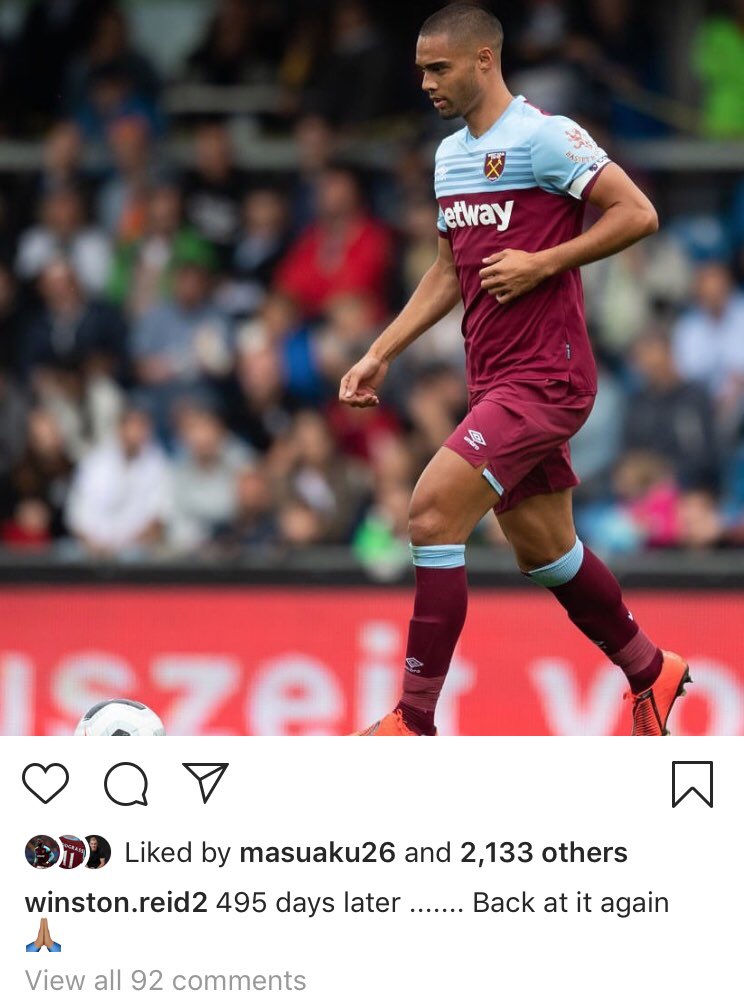 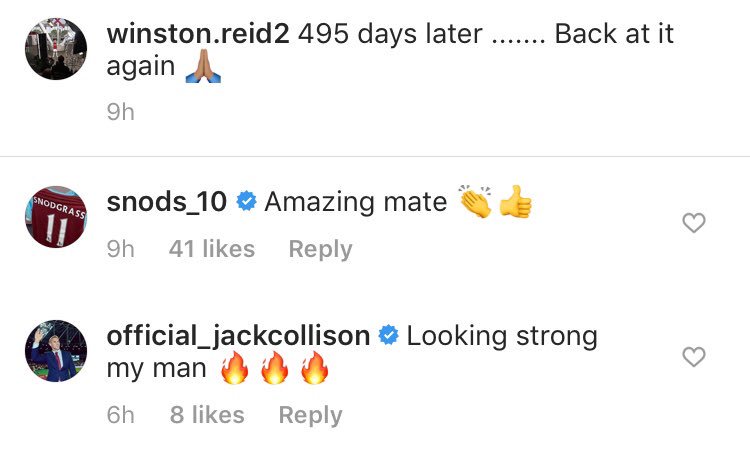 It was fantastic to see Reid back on a football pitch playing for West Ham on Thursday after such a long time out. The 31-year-old may have not been tested much by the opposition in his first game back, but Collison is right to say that Reid looked strong. The centre-back obviously needs to get a lot of match practise under his belt to get back up to speed and being able to part take in the club’s pre-season from the very start is only going to help him. Reid didn’t feature at all in his 2018/19 campaign due to injury and his 2017/18 campaign was also affected by injury problems hence why he only made 20 appearances for the club. However, if the centre-back is able to reach full fitness and avoid any further problems, then he could become an asset for Manuel Pellegrini. In his 2016/17 campaign where he played 30 times in the Premier League for the London club, he impressed. Reid made 244 clearances, won 84% of his attempted tackles and even contributed two goals in his outings (Source: Premier League). While Reid has a difficult task moving ahead of Fabian Balbuena and Issa Diop in the pecking order, he could at the very least be experienced cover for Pellegrini to depend on.