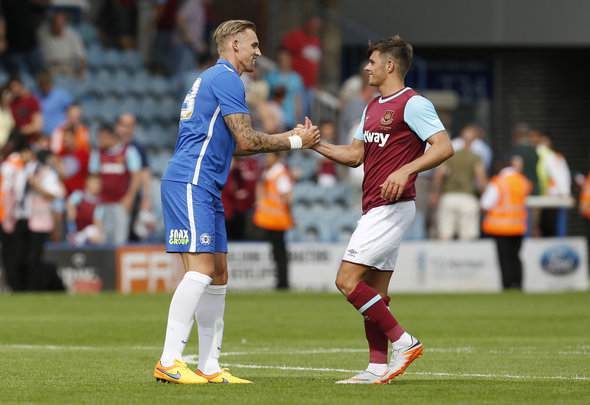 The 19-year-old shot-stopper had previously taken to his Instagram to share how triple training sessions in pre-season were no laughing matter.

“Triple sessions got us stretching every minute #nojokeroundhere,” wrote Anang, via his Instagram.

Anang sharing how pre-season was a tough process, prompted Collison to tell the teenager that his hard work would prove to be worth it. 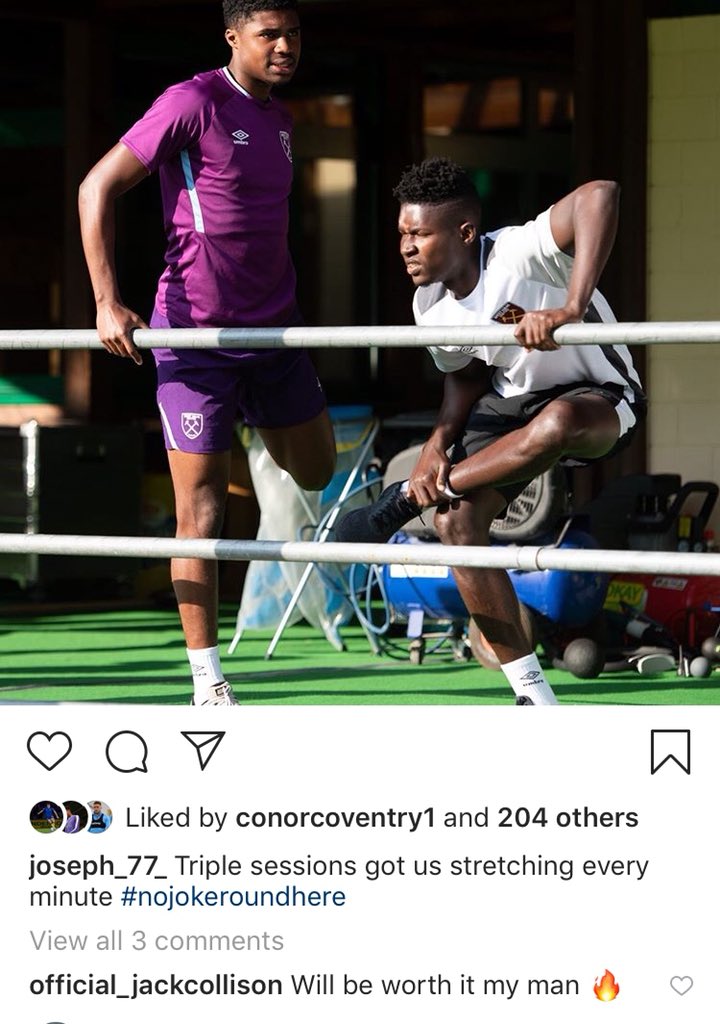 Anang was clearly feeling the burn during pre-season and it was nice that Collison popped up with a comment to make sure the teenager kept going. The promising goalkeeper is yet to feature for the Hammers’ first-team but clearly is highly thought of at the London Stadium as he has travelled to first-team matches regularly with Manuel Pellegrini’s squad (Source: West Ham’s official website). Anang made the step up to the Hammers’ U-23s side for the first time last season and ended up featuring nine times for them in total. The 19-year-old conceded 13 goals in his eight Premier League 2 outings, keeping one clean sheet, and was between the sticks for the U-23s’ lost to Bristol Rovers during the Checkatrade Trophy group stages. It’ll be interesting to see if Anang gets any minutes for the first-team during pre-season and how he handles another season playing for the U-23s. After all, fellow young keeper Nathan Trott has been loaned out to AFC Wimbledon, it was previously confirmed by the Hammers’ website, for the upcoming campaign, so you’d think that Anang will be featuring more for the U-23s this season than the U-18s.