West Ham defender Reece Oxford had a cheeky exchange with Hammers teammate Marcus Browne on Instagram after the players returned for pre-season.

Browne originally took to his personal Instagram to show the graft he was putting in during pre-season and shared a picture of him having a shot on goal; with a caption implying he’d show Oxford how it is done.

“Leave this one to me ox , I’ll show you how to put it in the bottom. Pre season graft,” wrote the 21-year-old attacking midfielder.

Oxford then replied to Browne namedropping him to say personally he would put the ball in the top corner rather than the bottom corner.

“Would of put it top bins big bro,” wrote the centre-back via his Instagram. 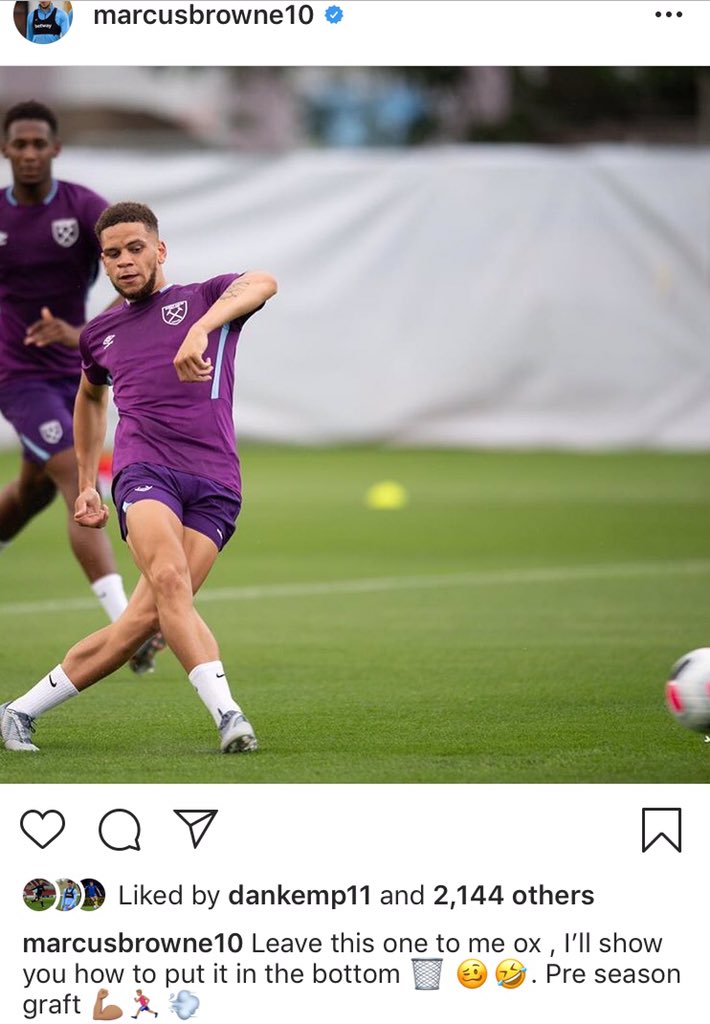 It seems Oxford and Browne have a little bit of a friendly rivalry going on based on their banter on Instagram and it’s good to see. The pair clearly are close as Oxford refers to Browne as his big bro, and it’ll be interesting to see if either are able to force their way into Manuel Pellegrini’s first-team plans for the 2019/20 campaign by impressing in pre-season. Browne spent his 2018/19 campaign on loan at Oxford United and racked up an impressive nine goals and five assists in the 44 outings he made. The 21-year-old ended up finishing third in Oxford United’s scoring charts once the dust settled on the season, and on average scored a goal every 308 minutes (Source: BBC). Browne clearly made the most of his time away and now all he needs to do is prove to Pellegrini that he can replicate his form from last season in League One in the Premier League if given a chance. As for Oxford, he was loaned to German club FC Augsburg for the second half of his 2018/19 season; but only managed to feature for 595 minutes.