West Ham attacker Felipe Anderson sent Marko Arnautovic a message after the Austrian attacker’s exit was confirmed by the club.

Anderson took to his Instagram a few hours after the news broke to tell Arnautovic that it had been a pleasure to play with him, before wishing him the best for the future. 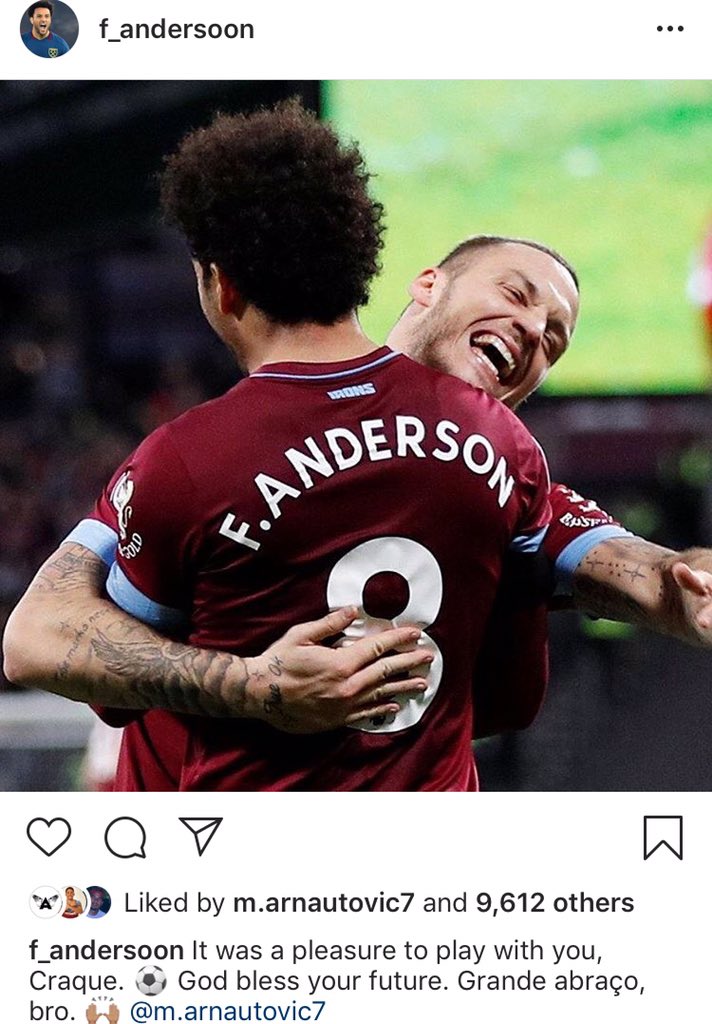 “It was a pleasure to play with you, Craque. God bless your future. Grande abraço, bro,” said Anderson on his Instagram.

Anderson opted to send Arnautovic a nice message and it was quite a surprise. While it’s standard for a departing player to have teammates wish them the best and send them a nice message, given the cloud Arnautovic is departing under; it’s more of a surprise anyone spoke out. After all the Guardian previously reported that Arnautovic’s Hammers teammates were fed up enough to believe his exit would be for the best. However, based on Anderson’s message, the Austrian forward still has at least one friend. Without Arnautovic to rely on, Anderson should be aiming to step up his game in the upcoming campaign. The 26-year-old winger finished second in the Hammer’s goalscoring charts, behind Arnautovic, with 10 goals; but there is room for improvement. Anderson averaged a goal every 311 minutes and in comparison, Arnautovic scored every 184 minutes, so clearly the Brazilian can do better as he has the talent to match Anrautovic’s numbers (Source: BBC).