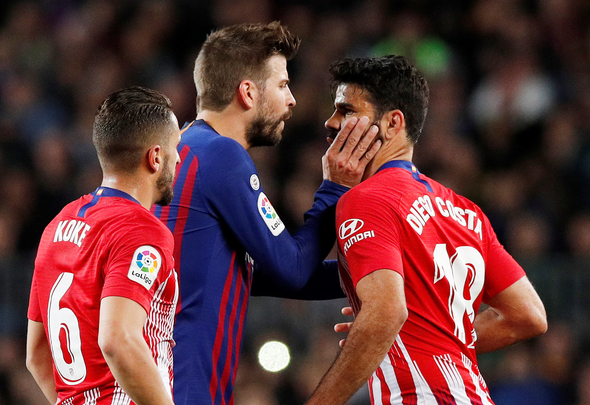 Martin Allen urged West Ham to sign Atletico Madrid attacker Diego Costa despite admitting the forward will always get himself into trouble.

The former Hammers midfielder, who played for the club during the late 80s and early 90s, shared that if he was the Hammers then he’d sign the 6ft 1in tall 30-year-old, as per Transfermarkt, to lead the line.

Allen acknowledged Costa’s troublesome reputation but was unfazed as he continued to admit he’d love to see Costa in a West Ham shirt.

“If I was them at West Ham, I’d go for Diego Costa at Atlético Madrid and get him back to London and let that warrior out into the London Stadium and let him lead the line,” said Allen on the West Ham Fan Show on Love Sport Radio, as transcribed by West Ham World.

“I’d love him to go to West Ham. He’s always going to be in trouble, but even if it’s a good year from him, yeah I’d have him back.”

Is anyone surprised that Allen wants Costa signed, after all, there is a reason why the former Hammers midfielder is nicknamed Mad Dog. The Daily Mirror previously reported that the Hammers were exploring the option of signing the 30-year-old forward despite his previous stormy spell at London rivals Chelsea. The newspaper pointed out that Costa, who they dub a “bad boy” is on his way out of Atletico Madrid, despite previously going on strike at Chelsea in 2017 in order to force through a move to them. While many West Ham fans will likely remember how Costa tore it up for Chelsea, he scored 52 goals in 89 Premier League appearances for them, he isn’t that player any more. The 30-year-old only managed five goals and three assists in 21 outings for Atletico last season, and only averaged a rating of 6.46 across his league appearances (Source: WhoScored). Given that Costa is likely still the same troublesome personality that he was when at Chelsea, do the Hammers really want him on the books especially as his goal-scoring powers seem to have worn off?