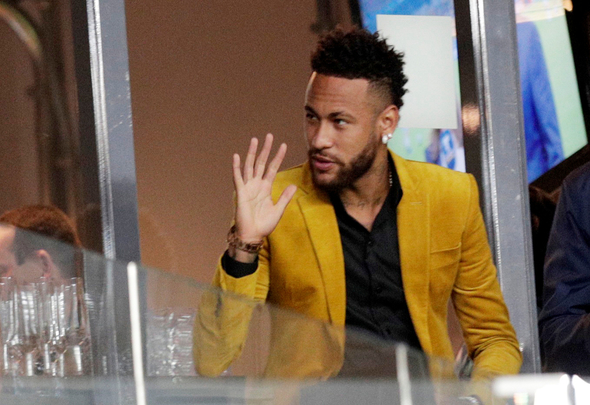 Ian Abrahams cheekily threw West Ham’s name into the hat after Sky Sports journalist Kaveh Solhekol said Paris Saint Germain would let Neymar leave if they got an offer that suited all parties.

The Sky Sports reporter claimed on Monday that PSG would only let the Brazilian go for the right offer, and suggested that made it looked like he was staying at the French giants.

“PSG say Neymar can leave if they get an offer that suits all parties. Looks like he’s staying then,” wrote Solhekol via his verified Twitter account.

However, Abrahams, who is a known West Ham fan, couldn’t help but jokingly imply that Manuel Pellegrini’s side could be an option after selling Marko Arnautovic for £20million. 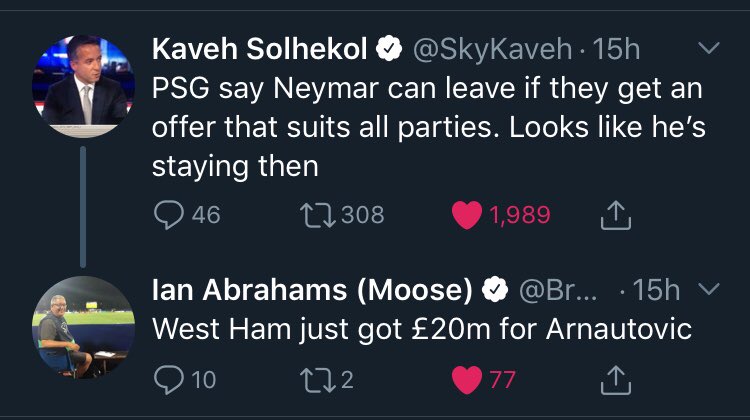 Oh Abrahams, he just couldn’t help himself. While some may find his West Ham quip about the club potentially being an option for Neymar funny, it’s just cringeworthy. Neymar is regarded as one of the best players in the world and he is so far out of West Ham’s reach, a joke isn’t even funny. The 27-year-old, who has won two La Ligas, two Ligue 1 titles, the Champions League and many other high-profile awards, would likely cost at least 10 times what the Hammers sold Arnautovic for. Neymar may be having issues with PSG right now, but the club are likely working day and night to make him happy. The Brazilian scored 20 goals, while assisting eight, across the 28 appearances he made for club and country in his 2018/19 campaign and averaged a very impressed rating of 8.26 across his outings (Source: WhoScored). With stats like that, hearing West Ham and Neymar in the same breath, even if a joke, is just silly even for Abrahams.