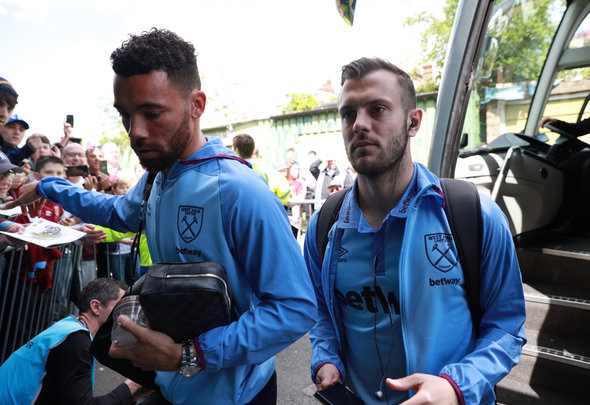 Pre seasons are generally reserved for new signings and young players to make an impression with their manager and the supporters alike.

They’re not, usually, the place where a 34-cap international lays the groundwork for what could be a pivotal season in his topsy-truly career.

However, that is very much the case for West Ham United midfielder Jack Wilshere, who produced a dazzling display on Thursday in the Hammers’ first pre season friendly of the off season.

The former Arsenal man came on at half time in the 3-2 win over Austrian minnows SCR Altach and performed absolutely brilliantly, giving manager Manuel Pellegrini a reminder of his enviable ability in the middle of the park.

The 27-year-old looked a class above from the moment he entered the fray, and put in the cross that was converted by centre back Issa Diop for the game’s winning goal. It obviously wasn’t the sternest of opposition, but it was great to see the Englishman striding across the pitch with something resembling his old panache.

This is going to be a huge season for Wilshere. He is coming off a majorly disappointing debut campaign in east London, where injuries reared their ugly head once again and limited his impact immensely.

As per WhoScored, he made just four Premier League starts last term, averaging a modest 0.6 key passes per game and averaging only 27 passes per outing.

Those aren’t elite numbers by any means, but it should be remembered that he barely played any significant football for Pellegrini’s side from September onwards.

Still, he certainly showed that he has plenty left in the tank on Thursday. It was a second half performance to remember for the midfielder, and an encouraging start to arguably the most vital season of his career – and one in which he could become crucial to Pellegrini.