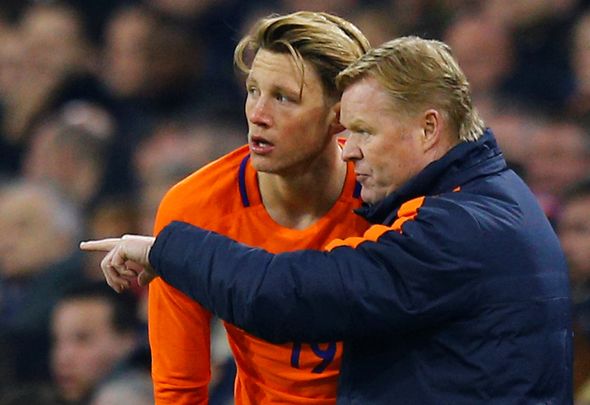 West Ham have watched Wolfsburg forward Wout Weghorst as a potential solution to their striking woes, according to reliable source ExWHUemployee.

The 6’6″ Dutchman [Transfermarkt] has been in fine form for the Bundesliga side, hitting 18 goals in 36 games last season.

And Ex believes that he could be an option for Manuel Pellegrini’s side.

It’s easy to get very sceptical, very quickly when people start talking about strikers who are 6’6″. As a general rule, and obviously this doesn’t apply to every body, they tend to be nothing more than glorified lightning rods – big lads designed to attract the ball to their forehead and conduct into a meaningful knock on for somebody with a bit more talent. But Weghorst’s record speaks for himself. The Dutchman hit a goal every other game in the Bundesliga last season, with just three coming from his head, compared to twelve from his right foot and two from his left [Whoscored]. The 26-year-old is more than just a target man, but he can do that part of the game very well too. 3.4 aerial duels won per game shows that he can definitely mix it in the stratosphere when called upon. All in all, this would a very exciting signing for the Hammers.