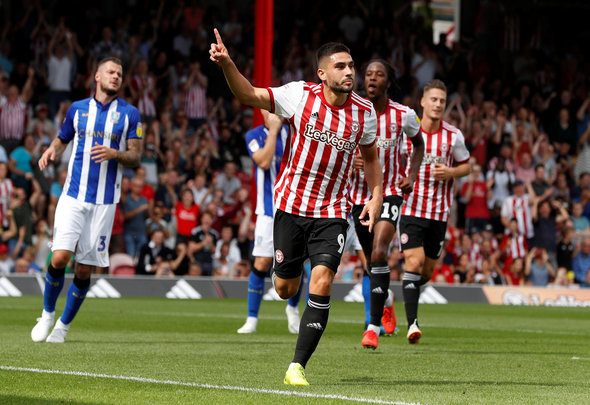 West Ham should “take a punt” on Brentford striker Neal Maupay this summer, according to reliable source ExWHUemployee.

The Frenchman hit 28 goals in all competitions for the Championship side last season, and the Hammers are keen to sign a new striker, with their long term pursuit of Maxi Gomez looking to have ended fruitlessly, as reported by the Guardian.

When asked about his opinion on making a move for the 22-year-old on Twitter, Ex said: “I agree I would like us to take a punt on him”.

Maupay would surely be a fantastic signing for a Premier League side, so why not West Ham? The Hammers desperately need to bring in a striker, and the longer that their hunt goes on, the more you would expect it to cost them to bring in a suitable candidate. By looking in the Championship, they may be able to reduce that cost somewhat, and Maupay’s record speaks for itself. 28 goals is one thing, but 3.3 shots on goal and 1.3 key passes per match [Whoscored] illustrate a player who can be a real creative asset for any side. Add into the mix electric pace and plenty of potential, and a move for the Frenchman makes an awful lot of sense. Whether or not that is enough to convince the Hammers to make a move, however, is a different kettle of fish entirely. One thing is for sure, the Irons need a hitman.