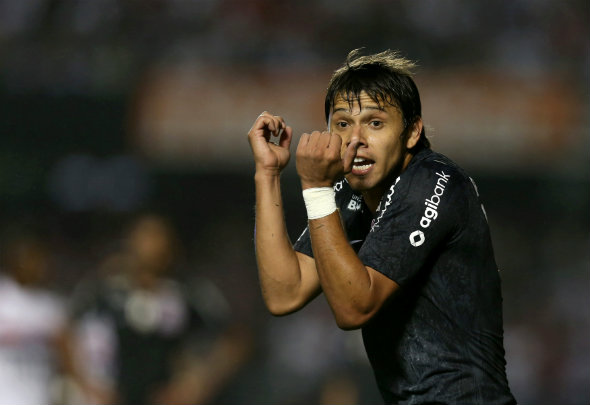 The reliable club source claims that the Hammers have been tracking the Paraguayan international for close to a year, with the 27-year-old recently being released by Corinthians.

ExWHUemployee delivered the update on his personal Twitter account, responding to a question by saying, “Yes mate been tracking him for about a year now.” 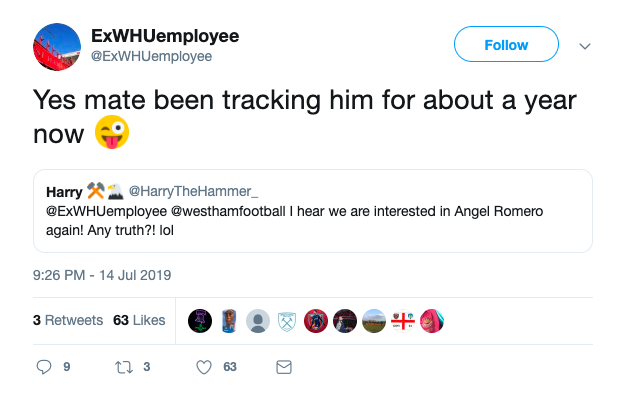 Despite the 27-year-old making 35 appearances last season, Romero has failed to be included in the Corinthians’ set up this campaign, not being included in their squad for their first 10 games of the season before being released in July.

Romero is a winger who can play both out-wide and centrally as a striker, and first attracted the attention of Manuel Pellegrini in July last year.

With West Ham having reportedly tracked the Paraguayan winger for a year now, it would come as no surprise should they decide to make a move this summer. Romero could be a smart addition for the Hammers on a free, who have not hidden the fact that they need to sell fringe players in order to fund moves for new signings in this transfer window – but his stats prove that West Ham must think twice before making an offer. Romero was released from Corinthians after letting his contract run down, with OneFootball reporting that the winger had received interest from a host of Brazilian and European clubs. His record doesn’t make for good reading, with the 27-year-old only scoring 21 goals in 147 total appearances, an average of one goal every seven matches [Transfermarkt] – a stat that would need to drastically improve should he make the move to the Premier League. The idea of a free-signing could suit West Ham, but sometimes you need to be careful what you wish for.