The West Ham United supporters were ‘treated’ to the dispiriting news on Tuesday, as reported by Sky Sports, that the club’s high profile pursuit of Celta Vigo striker Maxi Gomez had fallen through.

With strikers Marko Arnautovic, Lucas Perez and Andy Carroll having already left the club this summer, you’d be forgiven for expecting the Hammers to panic buy in a bid to replace them, especially the former.

However, it doesn’t appear that that is going to be the case. The Daily Telegraph reported recently that the east London outfit had been given the opportunity to sign free agent frontman Mario Balotelli after his exit from French giants Marseille earlier this summer.

The Telegraph’s report, though, stressed that manager Manuel Pellegrini has yet to show any interest in the mercurial 28-year-old, who has had stints with two top four Premier League teams in Manchester City and Liverpool.

The dilemma that West Ham are in is this: Currently they only have one senior striker on their books, Javier Hernandez. The others, Jordan Hugill: essentially frozen out since her joined the club, and Xande Silva: a youngster with a handful of first team appearances; they simply aren’t ready to reliably back Hernandez up.

Balotelli, though, is in terrific form and is arguably more talented than any current Hammers attacker. As per WhoScored, he beat Hernandez in almost all major offensive statistical categories last season.

Football is about more than just ability, though. It’s also about character. When it comes to personalities, Balotelli is about as close to the disgraced Arnautovic as it gets.

The Austrian has just succeeded in strong-arming his way out of east London and off to China where the big money is. He’s shown himself to be a man of few morales and poor character. Balotelli, history would tell us, is pretty much ‘Arnie’ 2.0

For that reason, and despite his obvious talent, Pellegrini is 100% right to be giving the Italian international the cold shoulder at present. 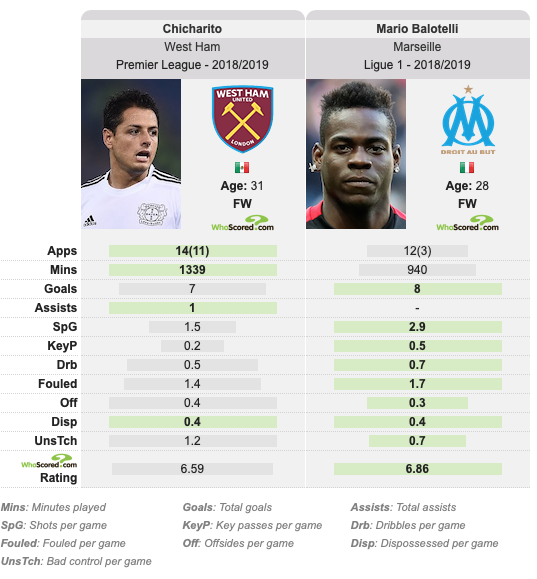