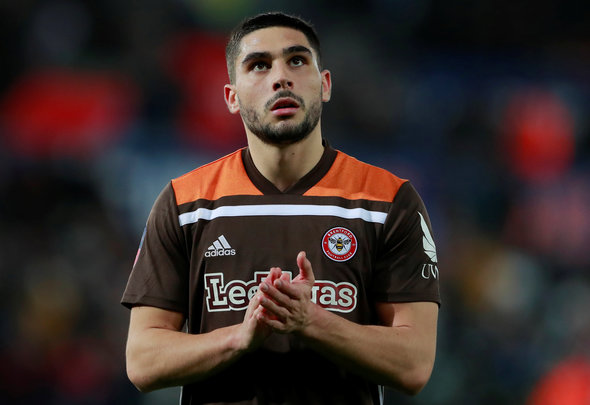 The outlet claims that the Hammers bigwigs are prepared to offer the London side’s standout man a five year contract and a big hike in wages.

The east London outfit have turned their attention to the 22-year-old, having suffered disappointment in their hunt for the likes of Maxi Gomez and Callum Wilson.

West Ham are thought to have been told that they’ll need to offer at least £15million to land the Bees ace, while Aston Villa and Sheffield United are also sniffing around.

Maupay would be a tremendous signing for the Hammers, there’s no mistake about that. He has been tearing it up in recent years in the Championship and is still young enough to suggest he can make the step up to the Premier League and continue to progress over the next few years. Obviously he wasn’t West Ham’s first choice frontman, they’ve clearly looked at other strikers as Football Insider’s report states, but he could end up being the pick of them. For Maupay, to get a big pay rise and stay in London while making the step up to the top flight; what could be better? £15million isn’t too much money for a free-scoring 22-year-old, so if the Hammers really want Maupay it shouldn’t be too difficult to agree a transfer fee with their London neighbours and finalise terms with the player himself. Sounds like a perfect signing, no?