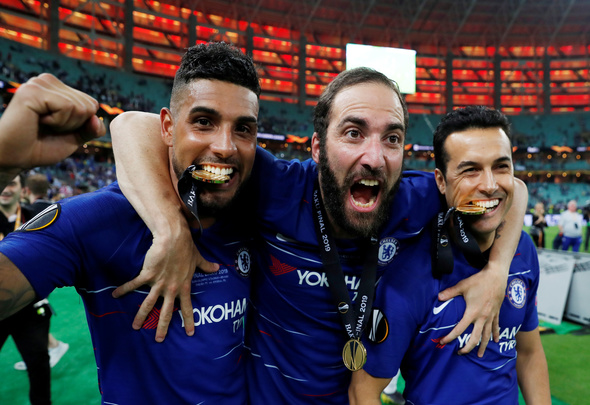 West Ham have proposed a loan-to-buy deal to Juventus for Argentinian hitman Gonzalo Higuain, according to journalist Gianluca Di Marzio.

The Italian, who has a proven track record as one of the most reliable reporters when it comes to transfers, claims on his personal website that the Hammers approached the reigning Serie A champions over taking the 31-year-old back to England after his loan spell at Chelsea last season.

It is stated that the Hammers suggested an initial loan with the obligation to buy if certain criteria were met during his spell in east London, with Juve said to have set a £36million (€40million) price tag on the 75-cap international’s head if he was to leave.

Higuain spent the second half of last season on loan at Chelsea, scoring five goals in 18 appearances across all competitions.

Are West Ham getting a little bit desperate, or did they think they could sniff a potential bargain? Either way, Higuain hardly lit up the Premier League during his time at the Irons’ London rivals and that proposed transfer figure is an awful lot for someone who is judged to be the wrong side of 30. He tried to make an impact at Stamford Bridge, averaging 3.3 shots per game [Whoscored] – Arnautovic managing 2.2 at West Ham –  but the rest of his offensive performance was lagging some way behind the Austrian. The former Irons man beat his Argentine counterpart on key passes in attack, dribbles made, aerial battles won and number of times fouled. If Manuel Pellegrini thinks that Higuain can replace the club’s former talisman up front, then maybe he needs to think again. A straight loan might work out if they can get another player on board to help share the attacking duties but potentially being forced to sign him up permanently is too much of a risk.