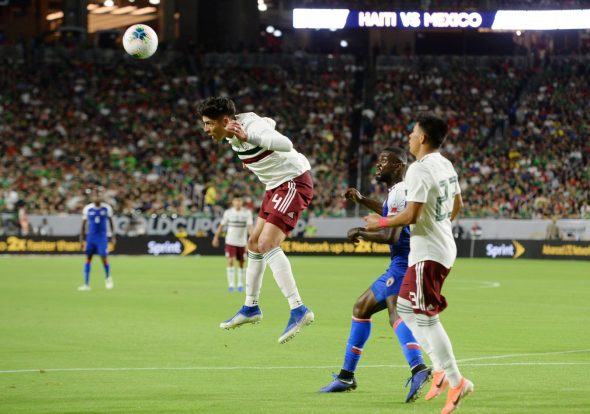 West Ham United have made their intent known quickly in this summer transfer window.

The arrival of Pablo Fornals is soon to be followed by a striker, with Manuel Pellegrini having set a forward as his main priority at the London Stadium.

Despite the Chilean having reportedly set his sights on improving his attacking options, there have been suggestions that the Hammers have made an offer for America defender Edson Alvarez.

MBP School Scout Billy Escobar, who has 18,500 followers on his personal Twitter account, recently reported that West Ham have made a move for the 21-year-old enforcer, but that Wolves are in the driving seat for his signature. 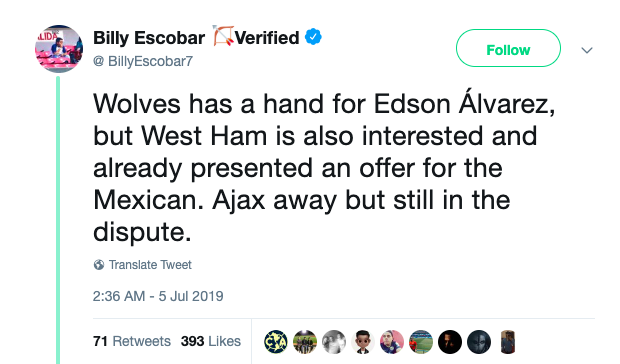 This report would suggest that Pellegrini is also in the market for a defender, despite the fact that Issa Diop and Fabian Balbuena formed a brilliant partnership last season.

Their partnership led to the Hammers conceding a considerable less amount of goals than the season before. West Ham went from having the leakiest defence in the league conceding 68 goals to only shipping in 55 last season. [Premier League]

The signing of Alvarez would add significant strength in depth at the back, with the 21-year-old centre-back having considerable international experience. The young enforcer has impressed in his last eight appearances for Mexico, averaging 1.8 tackles and 2 clearances per game. [Source: WhoScored]

With Wolves also interested, Mario Husillos has looked to make the first move, with an offer on the table for the Mexican League starlet.

America could be tempted to accept any Hammers bid, with Escobar claiming that a move to Premier League is expected to happen – West Ham must now surely push to complete a deal for the defender.