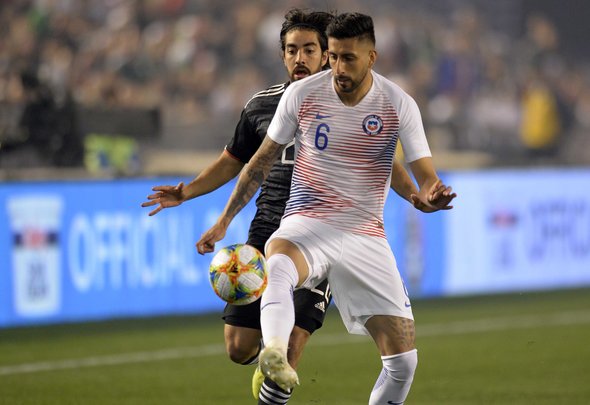 West Ham have no doubt endured one of the busiest transfer windows in the club’s history.

Attacking options appear to have been the main strengthening point of the squad, after the arrival of both Issa Diop and Fabian Balbuena before last season saw them improve drastically – conceding 13 fewer goals last season compared to the season before [Source: Premier League].

Despite Claret and Hugh suggesting that Manuel Pellegrini is happy with his squad after the big-money signings of Pablo Fornals and Sebastien Haller, it appears that the Chilean hasn’t stopped there.

It would come as a slight surprise to see Pellegrini in the market for a defender after the drastic improvement, but it appears that the Hammers would like to add at least one fresh face to their defence.

West Ham have been reported by OK Diario to have placed a £13.5million offer on the table for long-term target Alaves defender Guillermo Maripan, with the Spanish news outlet claiming that the Spanish club could be tempted to accept it despite the offer being considerably lower than his release clause.

The reported move for the Chilean international could see Angelo Ogbonna’s future at the London Stadium come under threat, especially after a poor start to pre-season for the Italian enforcer.

Looking at Maripan’s stats compared to the Hammers’ defender via WhoScored, it is clear to see that the 25-year-old could be a direct replacement for the Italian. 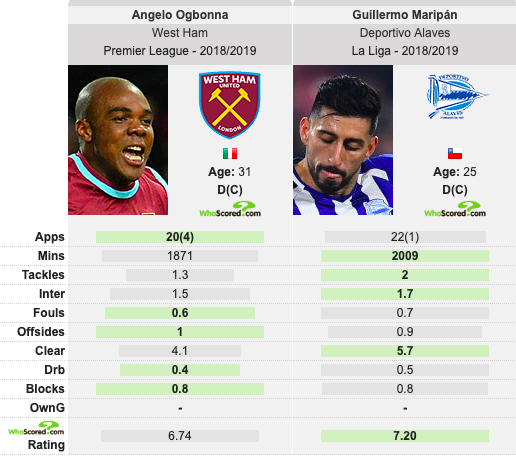 Maripan outperforms Ogbonna in the most important areas including more tackles, interceptions, and blocks – as well as averaging a better WhoScored match rating.

The Chilean enforcer looks set to move away from Alaves and with West Ham reportedly having an offer on the table, it would come as no surprise if he was to ply his trade at the London Stadium – with the 25-year-old an obvious upgrade to what the Hammers already have at the club.

Ogbonna’s future is surely at risk if Maripan was too arrive, with the 31-year-old set for a limited role should the Alaves man complete a move to East London.