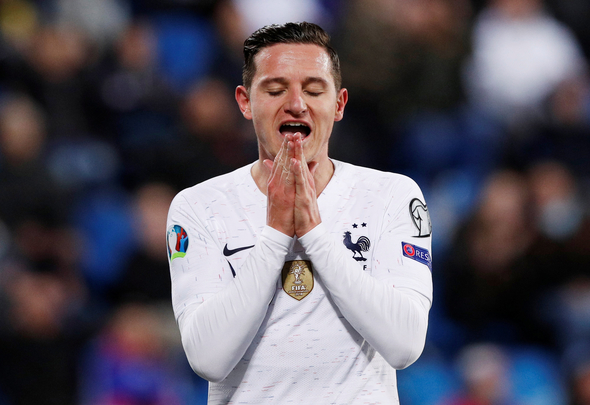 West Ham have been offered the chance to sign Marseille attacker Florian Thauvin, according to Sky Sports journalist Kavel Solhekol.

The Sky Sports reporter claimed that the Hammers had been offered the chance to sign the 26-year-old winger, who can also play through the middle, by the French club.

Solhekol claimed that while the French club value Thauvin as being worth £50million, the deal being proposed to the Hammers would see them pay £35.7million as well as give Marseille, 31-year-old Javier Hernandez.

“We’ve been told this evening, they’ve been offered the chance to sign Florian Thauvin from Marseille, he is a wide player who can also play through the middle and he is valued at about £50million by Marseille,” said Solhekol on Sky Sports News (19:28, Tuesday, July 9th).

“He scored 16 times in the French league last season, Marseille need to sell players as they missed out on European competition, they’ve got players like Dimitri Payet, Kevin Strootman who they’re also willing to listen to offers.

“What we’re being told at the moment, that the deal being proposed by intermediaries to West Ham, is that West Ham would pay 40million euros (£35.7million) to Marseille for Thauvin and also send Javier Hernandez to Marseille as part of the deal.”

Thauvin would be able to light up the London Stadium, but is he what the Hammers need right now? The 26-year-old can play on either wing, as an attacking midfielder and as a centre-forward. Manuel Pellegrini’s side are crying out for a new centre-forward after selling Marko Arnautovic and letting Andy Carroll go, but that isn’t Thauvin strongest position. The 26-year-old may have scored 16 goals in 33 league outings in his latest campaign, but only three of those goals came when he was playing as a centre-forward. Also, those three goals all came in the same game against SC Amiens in November, with him not hitting the back of the net in the other league appearances where he was deployed in a central position. So while Thauvin is an appealing prospect, he did win five Man of the Match awards and achieve an average rating of 7.19 in his latest league campaign (Source: WhoScored), the Hammers need to prioritise getting an out-and-out forward first.