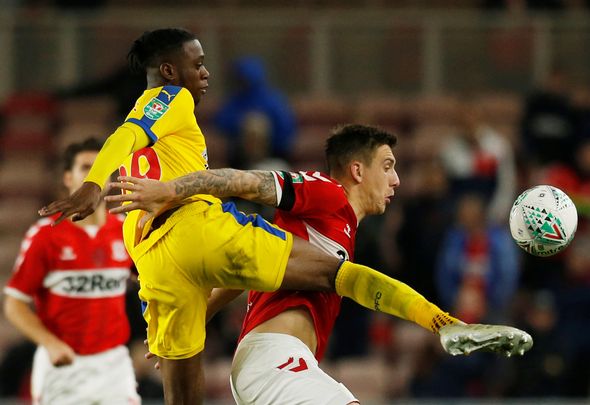 West Ham United striker Jordan Hugill has proved to be a colossal waste of money for the Hammers, a case of ‘what were you thinking?’ for then-manager David Moyes.

However, his wretched time in east London may finally be about to come to an end. That’s because Lancashire Live reported earlier this week that Championship sides Bristol City and Queens Park Rangers are interested in signing the 27-year-old, but that his former team Preston North End are not in the hunt.

Reliable Hammers news source Claret & Hugh claimed on Thursday that the Englishman will be allowed to leave the London Stadium for as cheap as £3million, with the club eager to get his £35,000-per-week wages off the books.

When you add up the cost of his wages, removing Hugill from the Hammers’ ranks would secure the club a saving of £1.6million-a-year, a windfall they could definitely do with right now after splashing out a club record fee on frontman Sebastien Haller from Eintracht Frankfurt.

That, coupled with the £3million transfer fee the Irons are targeting makes it £4.6million off the books for West Ham. That’s not a make-or-break sum, but it’d be ideal to get the money off the books where it relates to a player who seemingly has no future at the club.

When you look at the statistics it’s clear that Hugill isn’t going to make an impact in east London any time soon. Comparing him to Javier Hernandez, Xande Silva and Haller – his striking competition with the Hammers – is chastening for the former Preston man, to say the least.

As per WhoScored.com, despite playing the most minutes of all four players last season, Hugill scored the third most goals and failed to lead in any major offensive statistical category.

The stats show that he rarely dribbles and doesn’t shoot particularly often, while he’s not fouled very often and has the second most unsuccessful touches per game.

With all that said, and his failure with the Hammers well established at this point, it’s time for West Ham to pull the trigger and get him out of town as soon as possible, picking up a nice financial saving in the process. 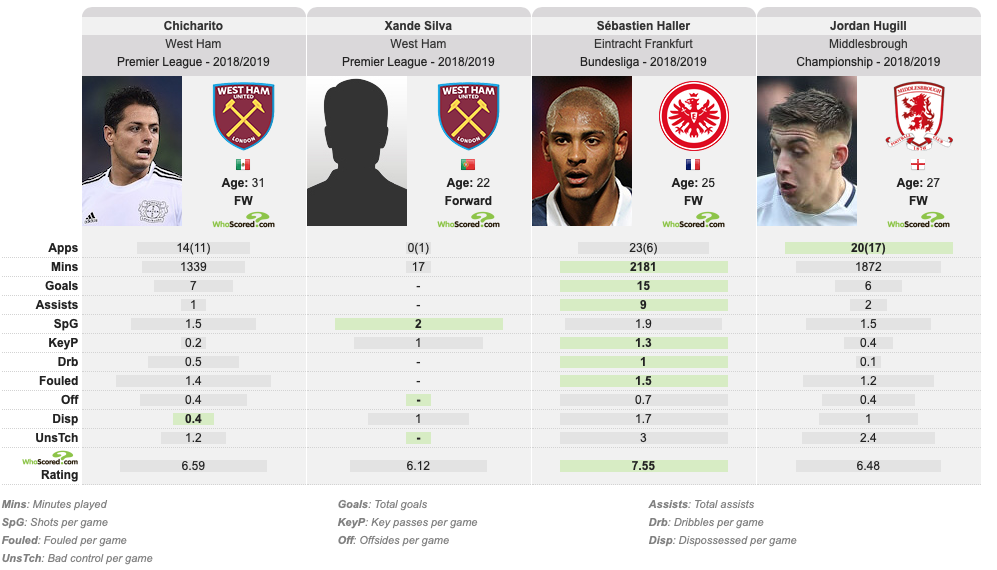